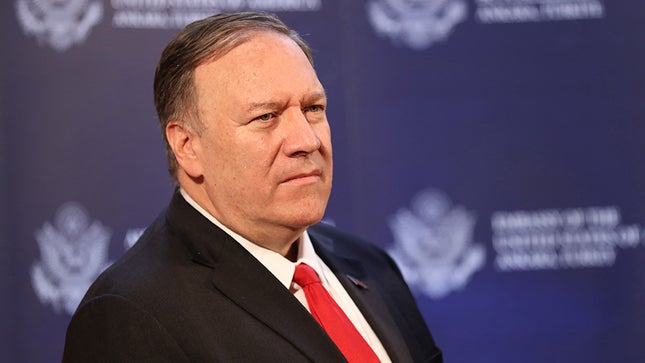 Pompeo stressed that the Trump administration has shown military “restraint” in the face of dozens of attacks directed by Iran and its proxies against American interests, culminating in the death of an American contractor in Iraq last week.

“I think the Iranian leadership understands President Trump will take action. … We made very clear that these responses would be swift and decisive. We have now demonstrated that. I hope the Iranian leadership will see that and see American resolve and that their decision will be to de-escalate and take actions consistent with what normal nations do. In the event that they do not and they go in the other direction, I know that President Trump and the entire United States government is prepared to respond appropriately,” said Pompeo.

President of Iran Hassan Rouhani promised early Friday to “take revenge for this heinous crime” carried out by the United States. Rouhani also said Iran would “raise the flag” of Soleimani, the head of the Islamic Revolutionary Guard Corps’ elite Quds Force, “in defense of the country’s territorial integrity and the fight against terrorism and extremism in the region.”