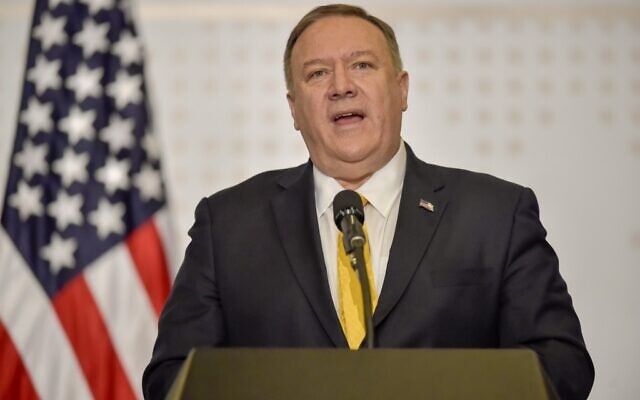 US Secretary of State Mike Pompeo on Thursday vowed to maintain pressure on Tehran and announced fresh sanctions against firms based in China, Hong Kong and the United Arab Emirates that conduct business with Iran.

“Maximum pressure on the Iranian regime will continue until its behavior changes,” Pompeo wrote on Twitter. “Today we imposed sanctions against China, Hong Kong, and UAE-based entities for operating in Iran’s oil and petrochemical sectors. If you facilitate this regime’s activities, you will be sanctioned.”

Tensions have been soaring with Iran since US President Donald Trump ordered a drone strike in Iraq on January 3 that killed Iran’s top general Qassem Soleimani.

In response to the drone strike, Iran fired volleys of ballistic missiles at Iraqi bases housing US troops. There were no reported casualties at the time but it has since been revealed that 11 US troops suffered injuries.