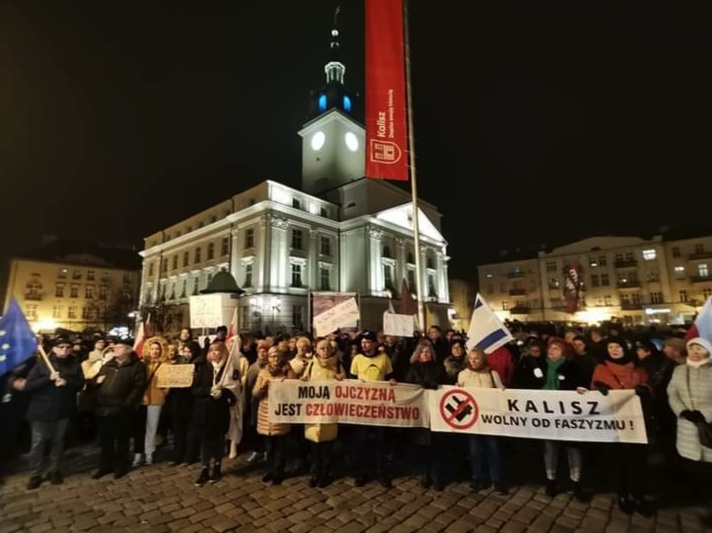 Polish police on Monday arrested the ringleaders of last week’s virulently antisemitic demonstration in the town of Kalisz where participants shouted “Death to the Jews!” among other slogans.

Andrzej Borowiak, a regional spokesperson for the Polish police, told the PAP news agency that three men had been charged by the district prosecutor. Wojciech Olszanski, Piotr Rybak and Marcin Osadowski led the demonstration in the Main Market Square of Kalisz last Thursday that featured a ceremonial burning of the Statute of Kalisz — a ruling issued in 1264 that guaranteed key legal protections for Jews living in the medieval Duchy of Poland.

Borowiak said that regional police officers had been “working on this case throughout the weekend, analyzing and developing the evidence that was delivered to the prosecutor’s office.” In a separate statement, a spokesperson for the district prosecutor confirmed that the three offenders were facing prosecution for “a crime involving the promotion of fascism or other totalitarian regimes and attacks on the grounds of xenophobia, racism or religious intolerance.”