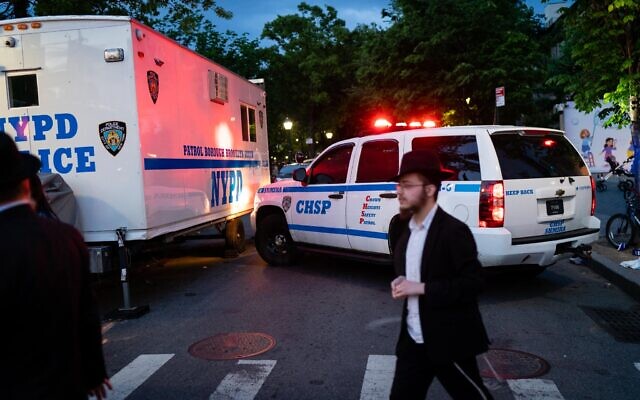 NEW YORK — There were over 250 antisemitic hate crimes reported to authorities in New York City last year, marking a steep rise in incidents targeting Jews over the past two years, according to police data.

The Times of Israel tallied figures for all of 2022 by collating monthly New York Police Department reports on hate crimes in the city. The police department released figures for December on Thursday, showing 11 antisemitic incidents last month, a relatively low amount.

Throughout 2022, however, the data shows that there were 263 hate crimes reported, an average of one antisemitic incident in the city every 33 hours.

The tally underlines a sharp increase in anti-Jewish incidents that mirrors nationwide trends, more than doubling the 121 antisemitic crimes reported in 2020 and rocketing past the 196 incidents reported in 2021.