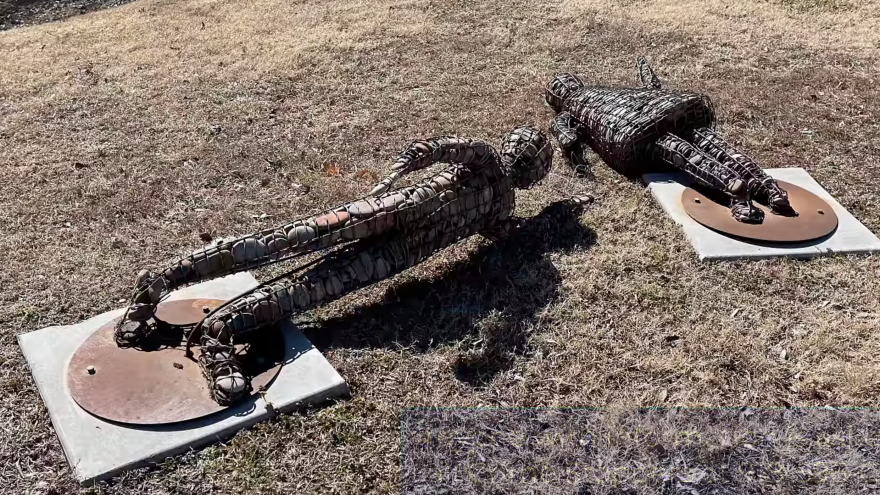 Two teens were arrested after they were caught on camera Wednesday morning toppling memorials dedicated to children killed during the Holocaust.

The five, custom-made metal sculptures were housed on the grounds of the Sherwin Miller Museum of Jewish Art in Tulsa, Okla. Each statue is filled with 2,000 rocks and has the names of Jewish children who were murdered on them.

The teen suspects, ages 15 and 16, were seen on video “bending the metal statues and knocking them down while also attempting to steal them unsuccessfully,” according to the museum, which estimates the damage to be upwards of $15,000.

“You come outside and your car’s been egged, that’s not great,” said Tulsa Police Lt. William White in a video posted online. “But when you have statues dedicated to the children lost in one of the greatest tragedies of humankind, obviously, there’s a different tier there. We are taking this very seriously.”