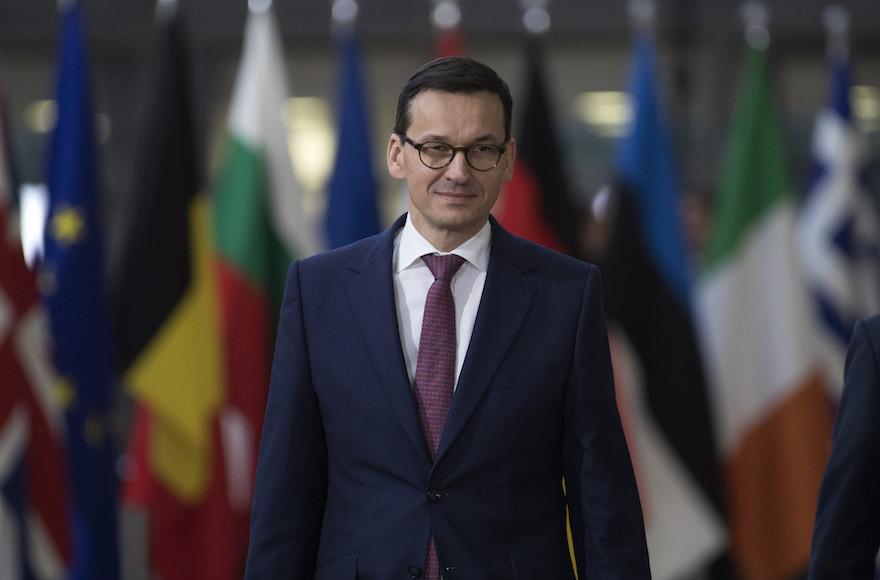 JERUSALEM (JTA) — Poland cancelled the visit of a delegation of Israeli officials because it did not want to focus the discussion on property restitution.

The visit had been scheduled to start on Monday.

“Poland decided to cancel the visit of Israeli officials after the Israeli side made last minute changes in the composition of the delegation suggesting that the talks would primarily focus on the issues related to property restitution,” the foreign ministry in Warsaw said in a statement posted to its website late Sunday.

Polish Prime Minister Mateusz Morawiecki publicly declared earlier this month that his government will not pay compensation for property lost during World War II since, he said, Poles were the war’s major victim.  He repeated the message on Saturday at an election rally in the northern town of Mlawa.

On Saturday, hundreds of protesters against Holocaust restitution in Poland marched through Warsaw. The protest, which began outside the U.S. embassy and moved to the prime minister’s office, featured signs calling claimants “Holocaust hyenas.” Another slogan heard was “stop the Jewish claims.”

The question of restitution has become a major campaign issue in advance of the European Union elections scheduled for May 26 and the Polish general elections which will take place by November 2019, Ynet reported.