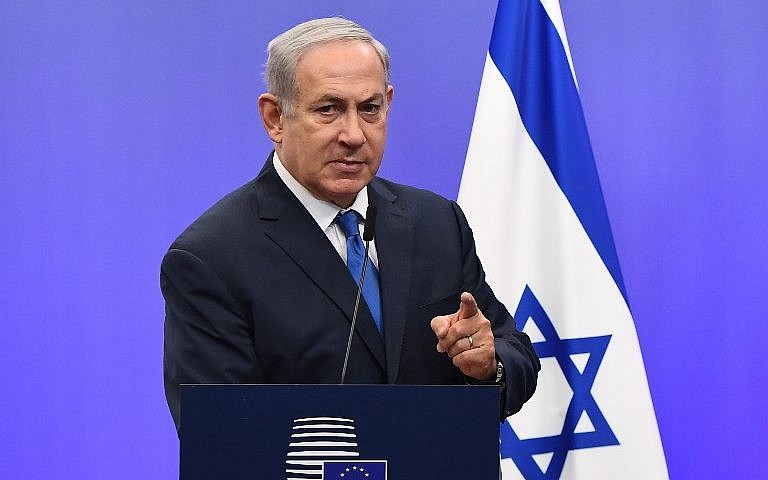 In separate talks with the foreign ministers of Ireland and the Netherlands, both currently visiting Israel, Netanyahu slammed Abbas’s silence on the attack, along with the Palestinian Authority’s continued payments to convicted terrorists according to the Prime Minister’s Office.

Shevach, 35, was killed Tuesday night in a drive-by shooting attack as he drove on a main highway south of Nablus. The army launched a large-scale search for his killer, but no arrests have been announced.

“The prime minister said that here the true source of the conflict is revealed, which is the refusal to recognize the State of Israel in any boundaries accompanied by the encouragement of the murder of Israelis wherever they are,” a PMO statement read.

Netanyahu also urged Irish Foreign Minister Simon Coveney, and Halbe Zijlstra, from the Netherlands, to push for Abbas to cease paying salaries to Palestinian terrorists and their families, the statement added.

Israeli officials say payments to the families of attackers encourages further violence and have regularly called for a halt to them.

On Tuesday the Israeli Defense Ministry said the Palestinian Authority had paid out NIS 1.2 billion ($350 million) last year in such payments.

“The Palestinian Authority pays over a billion shekels a year to terrorists and their relatives, thereby encouraging and perpetuating terrorism,” Defense Minister Avigdor Liberman said in a statement. “The moment the payments are set based on the severity of the crime and the prison sentence, namely that those who murder and are sentenced to life receive a lot more, this is [tantamount to] funding terror attacks against Israelis.”

The bill, which targets cash payments by the PA to jailed or injured terrorists and their relatives, will also apply to Palestinians who committed other crimes for which they are being compensated by the PA, the ministry said in a statement.