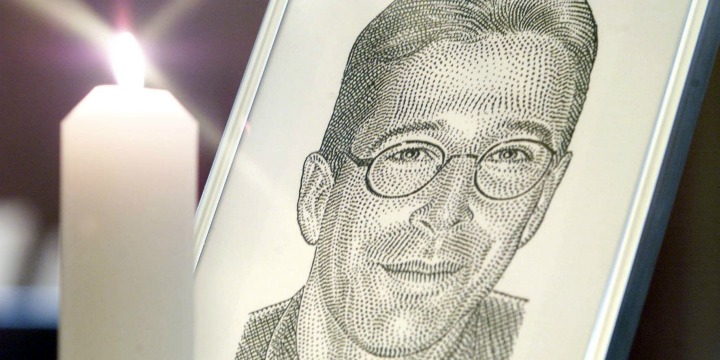 Petition Against Freeing Murderers of Jewish-American Journalist Daniel Pearl Gets Over 10,000 Signatures

A petition being circulated urging Pakistani leaders not to free the killers of Jewish-American journalist Daniel Pearl has over 10,000 signatures and was praised by the murdered journalist’s father on Tuesday.

Pearl was kidnapped in Pakistan in 2002 while on assignment for The Wall Street Journal. He was beheaded by his kidnappers shortly after and a video of the execution was widely broadcast on the internet, becoming the first in a series of such videos released by Muslim terrorists.

Ahmed Omar Saeed Sheikh was sentenced to death for the murder and three others received life in prison. In April, however, a Pakistani court commuted the death sentence and found the other three not guilty for lack of evidence, though all four have remained in prison.

Pearl’s father Judea, who is challenging the ruling, said of the petition on Twitter, “Extremely gratified to see the Change petition exceeding 10,000 signatures.”

“I hope the Pakistani Supreme Court takes notice and reverses the ruling to free the murderers of my son, Daniel,” he added.

The petition — which is addressed to Prime Minister Imran Khan, as well as President Arif Alvi and Minister of Law and Justice Farogh Naseem — says of Daniel Pearl, “His martyrdom is a symbol. He was assassinated as a free man, as a journalist seeking to establish the truth, as an American, as a Jew. He was the first hostage whose beheading was staged and filmed by Islamist terrorists. Many more were to follow.”