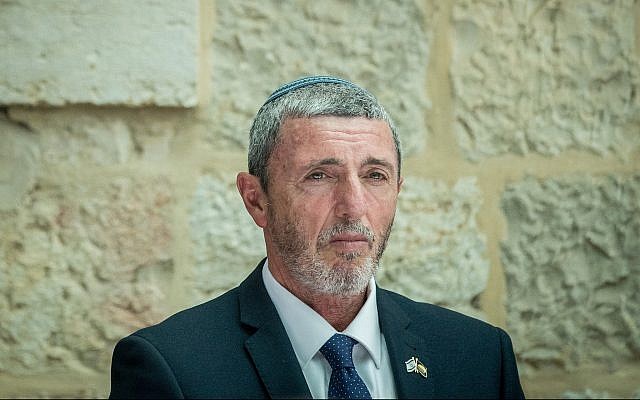 Newly appointed Education Minister Rafi Peretz is considering requiring ultra-Orthodox and Arab schools to fly the Israeli flag, according to a report Wednesday.

Under a 1997 law, all educational institutions must fly an Israeli flag on their main school building.

Associates of Peretz, who took office Wednesday, told the Ynet news site that enforcing the law could be one of his first acts in office.

“Because of the many limitations on a minister in a transitional government, measures will now be sought that do not include economic costs. The idea of flying flags at all schools is a step of this type,” they were quoted saying.

During his swearing-in ceremony, Peretz hinted at the reported initiative.

“Upholding the law in equal manner is important to us and it is important that all schools in Israel fly the flag, including schools in the Arab community,” Tal Zohar, the head of Oz, told Ynet.