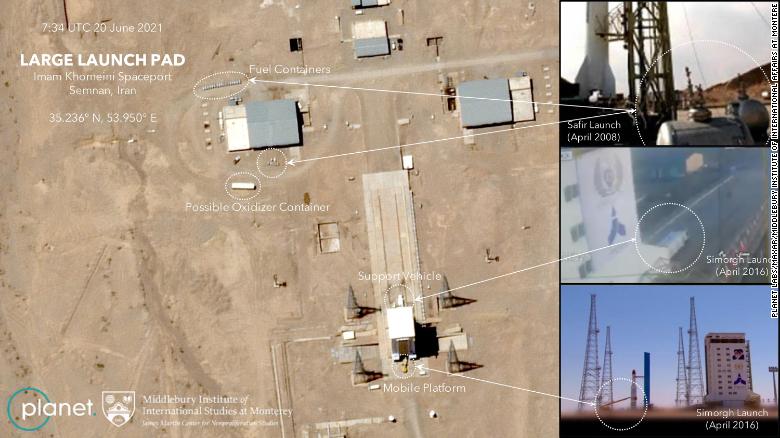 The Pentagon was watching as Iran attempted, and failed, to launch yet another satellite into orbit earlier this month, multiple defense officials tell CNN.

But while that previous effort, which took place in mid-June, was unsuccessful, Iran appears to be preparing for another attempt in the near future, as satellite imagery captured by commercial firms Planet and Maxar shows increased activity at Imam Khomeini Spaceport in recent days, according to experts at the Middlebury Institute of International Affairs at Monterey who analyzed the photos.
Fuel containers, support vehicles and a mobile platform are visible in satellite images taken of the site as recently as June 20, which the experts at Middlebury say is a key indicator that another launch could be attempted in the coming days or weeks.
The images also show increased vehicle activity at the Khomeini launch site, located nearly 200 miles east of Tehran, which experts say is another sign of a potentially imminent launch.
Read More: CNN