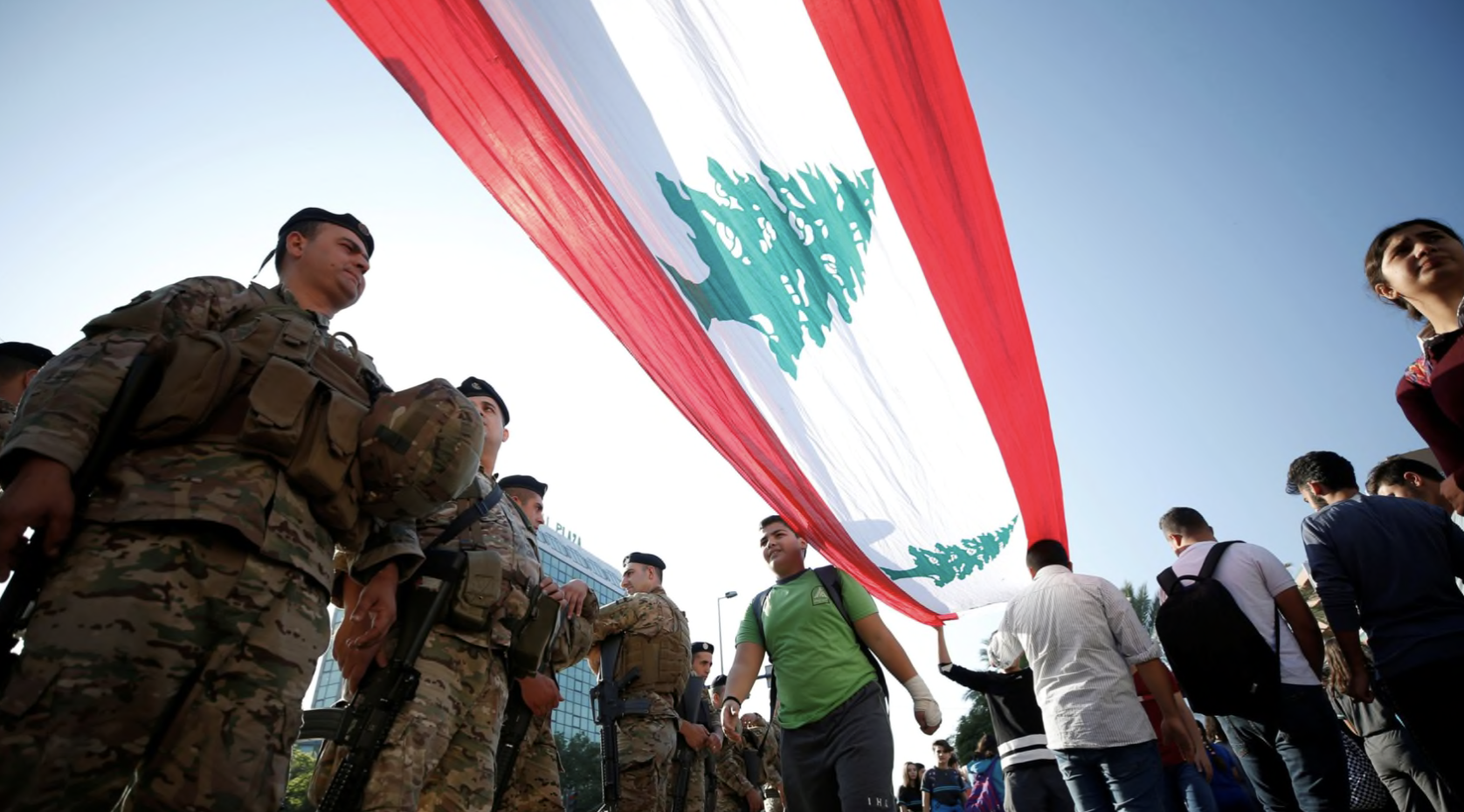 WASHINGTON — The Trump administration is sending mixed signals on the issue of U.S. security assistance to Lebanon. In recent days, senior officials within the administration confirmed that $105 million of aid to Lebanon has been put on hold by the White House. Earlier this month, however, the State Department’s assistant secretary for Near East Affairs said during a visit to Israel that the aid to Lebanon was not being withheld, and rejected Israeli requests to block it.

The United States provides Lebanon with security aid, including equipment and training to its armed forces. Israel has pressured the U.S. to condition the continuation of this aid on concrete steps by the Lebanese Armed Forces to distance itself from Hezbollah. Israel has accused the LAF of being infiltrated by Hezbollah and of cooperating with the Iran-supported organization, which is both a member of the Lebanese government and an active terror organization. Israel has made similar requests to other countries that provide aid to Lebanon, such as France and the United Kingdom.

In Washington, the administration is facing pressure from two directions on the Lebanese aid issue. On the one hand, lawmakers are promoting legislation that would limit aid to Lebanon unless the LAF can prove that it is taking concrete steps to distance itself from Hezbollah. In the House of Representatives, a bill on this subject, called the “Countering Hizballah in Lebanon’s Military Act,” proposes that the administration will have to present a report to Congress dealing with the LAF’s ties to Hezbollah, with a focus on members of the military who are also members of Hezbollah.

If the report does not show progress on the part of the Lebanese government in reducing Hezbollah’s influence on the army, 20 percent of the American aid intended for Lebanon will be withheld. The bill has 12 Republican co-sponsors, led by Rep. Lee Zeldin of New York, and one Democratic co-sponsor, Rep. Elaine Luria of Virginia. It includes a “national security waiver” that would allow the administration to avoid actually limiting the aid, but would require the president to sign a document announcing such a decision.

On the other hand, senior Democratic lawmakers are pushing the administration to explain why it is currently withholding $105 million of aid that was supposed to go to Lebanon. In a public letter on the subject, Rep. Eliot Engel (New York Democrat), who is chairman of the House Foreign Affairs Committee, and Rep. Ted Deutch (Florida Democrat), who heads a sub-committee on the Middle East, sought answers about an “unexplained and indefinite” hold on security aid to Lebanon.

Engel and Deutch, who are considered pro-Israeli legislators with close ties to pro-Israel lobby organizations, explained in their letter that the $105 million currently being withheld from Lebanon is “necessary for building the capacity of the Lebanese government to maintain security and stability and to support the LAF in a variety of areas, including counter-terrorism, border security and implementation of UN Security Council Resolution 1701.” The White House, as of Wednesday, did not offer an explanation.

Adding to the confusion over the issue are two recent statements by senior State Department officials. David Schenker, the assistant secretary for Near East Affairs, said during a visit to Jerusalem earlier this month that the aid was not being withheld, but rather, going through a review process. He defended the aid and said that withholding it could actually push the Lebanese forces closer to Hezbollah and Iran.

In Washington, meanwhile, the department’s Under Secretary for Political Affairs, David Hale, told lawmakers that a “hold had been placed” over the aid to Lebanon during the summer. Hale mentioned the issue as part of a deposition related to the ongoing impeachment investigation over President Donald Trump’s conduct toward Ukraine. Hale said that the aid to Lebanon was being held up at the same time that aid to Ukraine was being held up.

In the Ukrainian case, Congress is investigating whether Trump held up the aid in order to pressure the government in Kiev to open a politically-motivated investigation against the president’s political rival, former Vice President Joe Biden over his son’s business dealings in the country. The aid to Ukraine was released in September, shortly after a whistle blower from within the U.S. government reported Trump’s alleged effort to tie the aid issue to Ukraine investigating the Bidens.

In the Lebanese case, however, Hale said that the aid hasn’t yet been released, and added that there is “a dispute over the efficacy of the assistance” within the administration. Two sources close to the administration, who both asked not to be identified due to the sensitivity of the matter, told Haaretz that the White House initiated the decision to withhold the aid, and the State Department and the Pentagon were currently trying to get the funds released.

Pushing for change
For the Pentagon, the concern is that the withholding of the funds could contribute to growing instability in the country and strengthen Hezbollah and Iran. The Pentagon’s objections were known to the White House before the decision was taken. Supporters of the move to withhold the security aid warn that U.S. support is ending up in the hands of Hezbollah, and claim that conditioning the aid will give opponents of Hezbollah a strong argument for decreasing the organization’s involvement in the military.

One of the organizations pushing for a change of policy regarding the military aid to Lebanon is Christians United for Israel, the largest Christian evangelical pro-Israeli group in America. The organization wrote in a policy brief earlier this year that “Instead of being used to aid the LAF in reinforcing its borders and safeguarding its sovereignty as envisioned by the State Department, U.S. aid is being used to arm the very terrorist organization that threatens Lebanon’s sovereignty.”

Boris Zilberman, director of public policy and strategy for Christians United for Israel, told Haaretz that a helpful step for clarifying where exactly the administration stands on the issue would be a hearing about it on Capitol Hill. “With the developing political situation in Lebanon, including heightened concerns over Hezbollah’s increasing influence and questions about the status of U.S. assistance to the Lebanese Armed Forces, now would be an important time for the Senate Foreign Relations Committee to hold a hearing with administration officials to better understand U.S. policy,” he explained. Zilberman added that “Congress should insist on greater oversight of assistance to the LAF, and can start by passing bipartisan legislation already introduced which would condition a small portion of this aid to ensure it is not being used counter to U.S. interests.”