Pence promise fulfilled: US changes rules on the UN to help Christian and minority victims of ‘genocide’ in Iraq 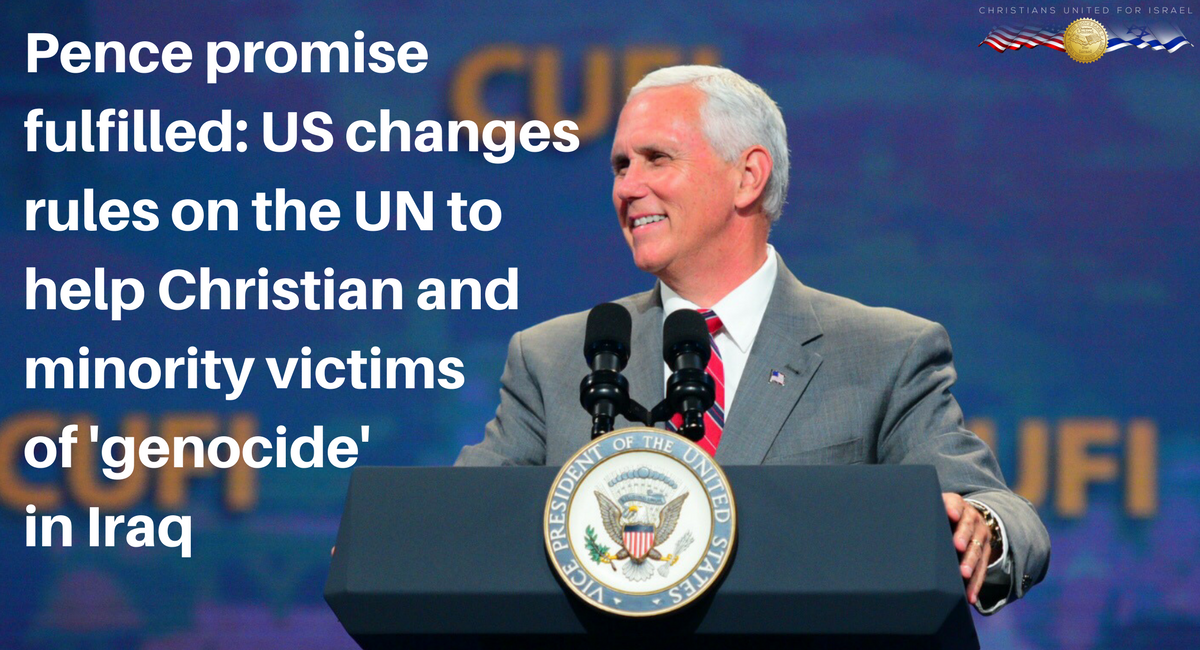 Help appears finally to be on the way to thousands of desperate Christian, Yazidi and other minority refugees in northern Iraq, more than two months after Vice President Mike Pence promised last October 25 to  “stop funding ineffective relief efforts at the United Nations” and “provide support directly to persecuted communities through USAID.”

After some complicated negotiation between the Trump administration and the U.N., USAID has announced a revamp of its announced $150 million contribution to a projected $420 million Funding Facility for Stabilization in Iraq (FFS) — which is disbursed through the United Nations Development Program (UNDP) — to specifically “address the needs of vulnerable religious and ethnic minorities communities” in Iraq’s northerly Ninevah province.

A $55 million slice of a $75 million USAID payment already forwarded to the UNDP fund is to be especially aimed at “those who have been victims of atrocities by ISIS,” the release declares.

The USAID announcement represented the outcome of an elaborate bureaucratic process that revved up after Vice President Pence personally intervened to promise some measure of relief to the savagely battered Christian and other minority populations, which were murdered, plundered and expelled from their millennia-old homelands by radical Islamists between 2015 and the ostensible defeat of ISIS in the past year.

One of the agency’s top officials, USAID Counselor Tom Staal, subsequently told Fox News that the $55 million was “specifically for minorities,” and that new agreements with UNDP even mentioned “specific towns” where the money was to be spent.

Whether the U.N. agency will get another $75 million promised for its stabilization fund “will depend on UNDP’s success in putting in place additional accountability, transparency, and due-diligence measures for the FFS,” as USAID declared in a press release.