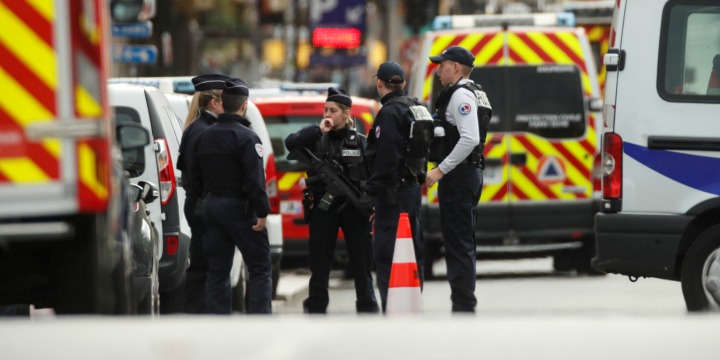 Paris car-rammer says he was motivated by ‘plight’ of Palestinians

The man who committed a car-ramming attack near the French capital of Paris on Monday reportedly told police he was motivated by a pro-Palestinian ideology.

Two motorcycle policemen were seriously injured when they were deliberately struck by a speeding car in the northwestern Paris suburb of Colombes while they were enforcing a coronavirus lockdown. They remain hospitalized.

The French daily Le Monde reported on Tuesday that the 29-year-old attacker — identified only as Youssef T., who is apparently Muslim — told police at the scene that he had seen videos on the situation in the Gaza Strip and the “plight” of the Palestinians, which motivated him to act.

In addition, Le Monde reported that the suspect left a letter in his car stating that he had sworn allegiance to the Islamic State terrorist group and wanted to go “head on into the battle to impose sharia law on the whole world.”

The National Counter-Terrorism Prosecutor’s Office has opened an investigation into the attack, saying one of the charges was “relations with a terrorist enterprise and association with criminal terrorist malefactors.”

Initial investigations revealed that the French security agency the General Directorate for Internal Security had not been previously aware of the man or his radicalization.