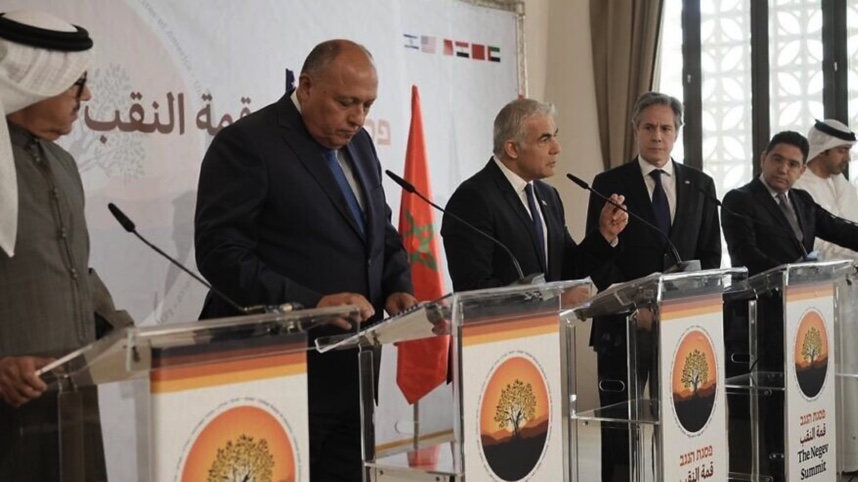 So successful was the summit that the ministers decided to make it a recurring event. “Last night, we decided to make the Negev Summit into a permanent forum. Together with our closest friends, the United States, we are today opening a door before all the peoples of the region,” said Lapid at a press conference on Monday.

Attending the summit were the foreign ministers of three of the four Arab countries that signed the Abraham Accords, along with Egypt, the first Arab country to make a peace deal with Israel in 1979. They included the UAE’s Abdullah bin Zayed Al Nahyan, Bahrain’s Abdullatif bin Rashid Al-Zayani, Morocco’s Nasser Bourita and Egypt’s Sameh Shoukry.

Several high-level figures at the summit told JNS that if someone had suggested such a gathering only a few years ago, the idea would have been dismissed as “wishful thinking,” a “dream” and a prediction more suited to the realm of “prophecy.”

Describing the Negev Summit as “definitely historic,” Israel’s Ambassador to the United States Michael Herzog told JNS that it “symbolizes the changes in our region—the fact that more and more countries are coming together. Behind it are deep geopolitical and socioeconomic crises in the region—the Iranian challenge for one, which faces all of us, and the desire to work together with the United States to counter all of these challenges.”