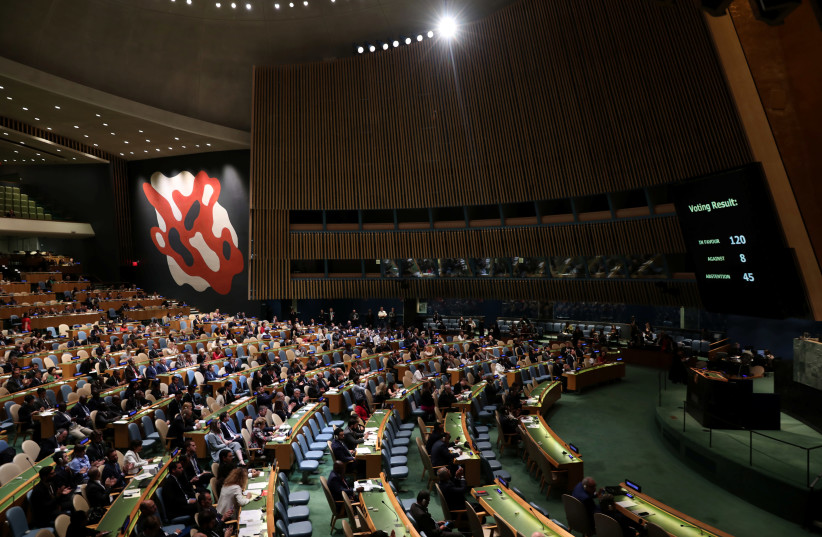 The Palestinian Authority began promoting a UN Security Council resolution to condemn US President Donald Trump’s peace plan and Israel on Wednesday.The move came a day before Trump’s Special Adviser Jared Kushner was expected to present the plan to the Security Council and less than a week before Palestinian Authority President Mahmoud Abbas plans to speak before it, next Tuesday.The US is expected to veto the resolution. The “Peace to Prosperity” plan specifically discourages the Palestinians from taking unilateral action in international organizations as a step towards making peace with Israel and establishing a state.However, the resolution could then go to the UN General Assembly, where it is likely to be approved.The draft states that the US plan “breaches international law and the internationally-endorsed terms of reference for the achievement of a just, comprehensive and lasting solution to the Israeli-Palestinian conflict, as enshrined in the relevant United Nations resolutions, and undermines the inalienable rights and national aspirations of the Palestinian people, including to self-determination and independence”