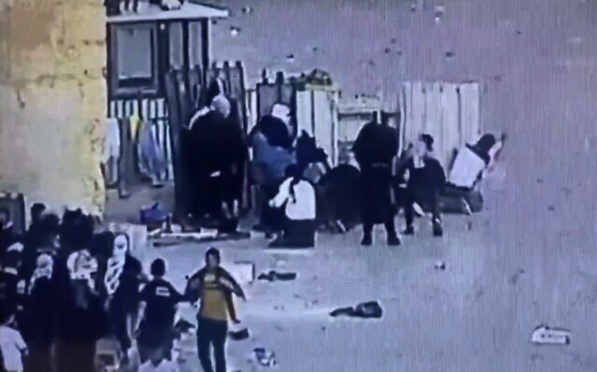 Fighting broke out between Palestinians and police on the Temple Mount early Friday morning, the last Friday of the Ramadan holy month, which has seen recurring clashes in recent weeks.

Palestinians at the contested Jerusalem holy site threw rocks and launched fireworks toward officers and the Western Wall, located beneath the mount, which police said led them to enter the compound to disperse the rioters.

At least one stone thrown by the rioters landed in the Western Wall prayer area, police said.

The clashes ended around an hour after they began when other Palestinians in the compound intervened, convincing the stone throwers and the police to pull back.