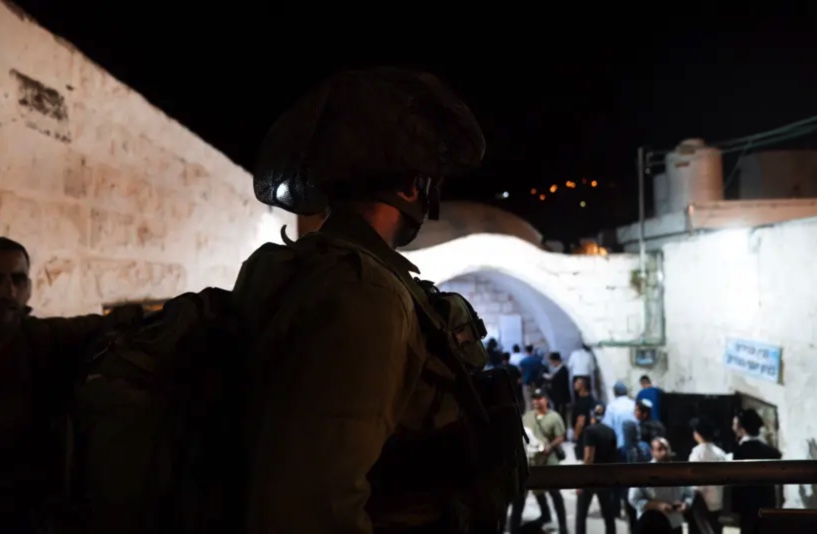 Shots were fired towards IDF forces in clashes with Palestinian rioters near Joseph’s Tomb on Tuesday night in Nablus, the West Bank, Walla reported, as over 2,000 Jewish worshipers reportedly had entered the tomb.

Stones and Molotov cocktails were also hurled towards the Israeli forces, according to KAN News.

The IDF is in Nablus providing security for Jewish worshipers praying at the tomb, following a declaration made by Palestinian Islamic Jihad (PIJ) to avenge the deaths of two Palestinians in clashes with IDF forces on Monday night.

Alaa Shaham and Nader Haitham Rayan were killed by IDF fire as clashes erupted in Balata and Kalandiya after Israeli forces entered the refugee camps to arrest a wanted suspect. PIJ warned Israel of the “repercussions” of the deaths, saying that they would “not go unnoticed.”

Hamas also called on Palestinians to escalate violence against Israeli forces, with official Jasser Barghouti saying the killing of the two was “an indication of the occupation’s horror at the upcoming Palestinian anger and a failed attempt to deter the angry masses.”