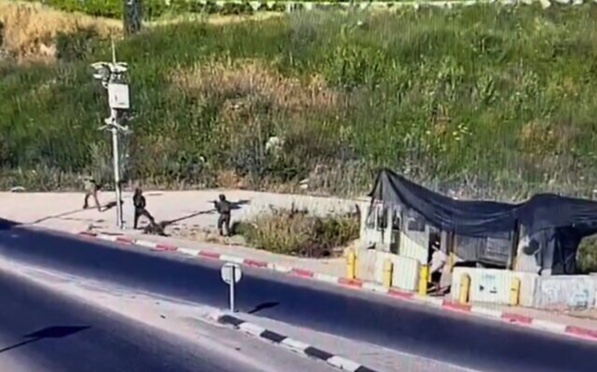 A Palestinian tried to stab an Israeli soldier in the northern West Bank on Tuesday morning before being shot by troops on the scene, the military said.

The Israel Defense Forces said it received reports of a stabbing attempt near the headquarters of the Samaria Regional Brigade.

“A terrorist armed with a knife began running toward soldiers guarding the area, the fighters responded with gunfire,” the military said in a statement, adding that the assailant had been “neutralized.”

There was no immediate word on his condition.

No troops were hurt.