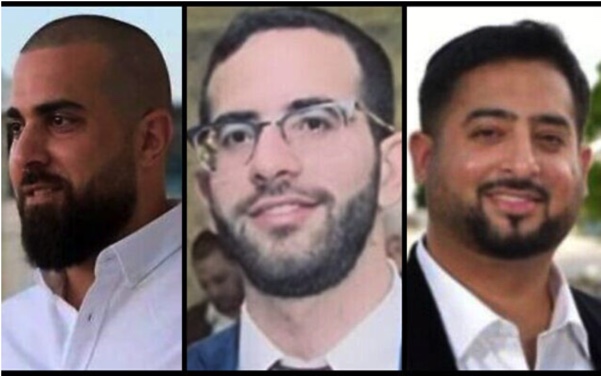 Five people were killed by a Palestinian terrorist who opened fire on passersby in Bnei Brak on Tuesday night, marking the third deadly terror attack in Israel in eight days.

The gunman was killed by two police officers following a rampage just before 8 p.m. that saw him open fire on people out walking, riding bikes, or driving in their cars in the city east of Tel Aviv. One of the two officers sustained injuries in the incident and later died of his wounds in the hospital.

The attack, the third deadly terror incident in a week, underlined concerns about an escalating wave of violence ahead of the Muslim holy month of Ramadan. “Israel is facing a wave of murderous Arab terrorism,” Prime Minister Naftali Bennett said late Tuesday. “The security forces are at work. We will fight terrorism with persistence, diligence and an iron fist.”

Four of the victims were declared dead at the scene, with the fifth — police officer Amir Khoury, 32, a Christian Arab — added to the fatalities after being rushed to the Beilinson Medical Center, officials said.