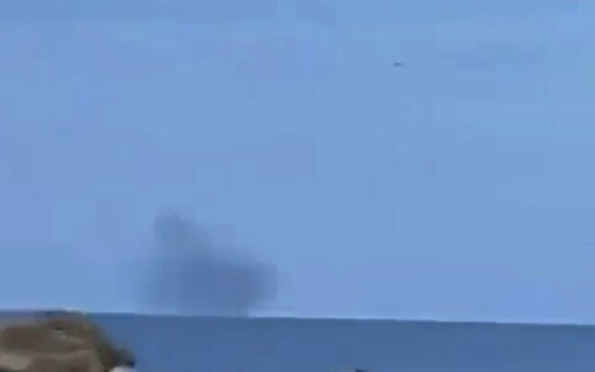 Palestinian militants in Gaza fired two rockets toward the Mediterranean Sea on Saturday which exploded off the coast of Tel Aviv and prompted retaliatory strikes, Israel said.

There was no immediate claim of responsibility from Gaza militants for the rocket firing or comment from Hamas, the Islamist armed group that rules the coastal Palestinian enclave.

Hamas has occasionally test-fired rockets, launching them toward the sea. Hamas-affiliated Paltimes news website said, however, that Saturday’s launch was probably a malfunction.

After dark fell, Israel’s military said it struck at “terrorist targets in the Gaza Strip”.

Hamas Radio said some of the group’s security posts and a training camp were struck by Israeli aircraft and tanks. There were no casualties.

In a rare countermeasure, Hamas’s Aqsa TV said militants fired two surface-to-air missiles towards Israeli planes. Israel’s military confirmed that a missile had been launched at one of its planes, which was unscathed.