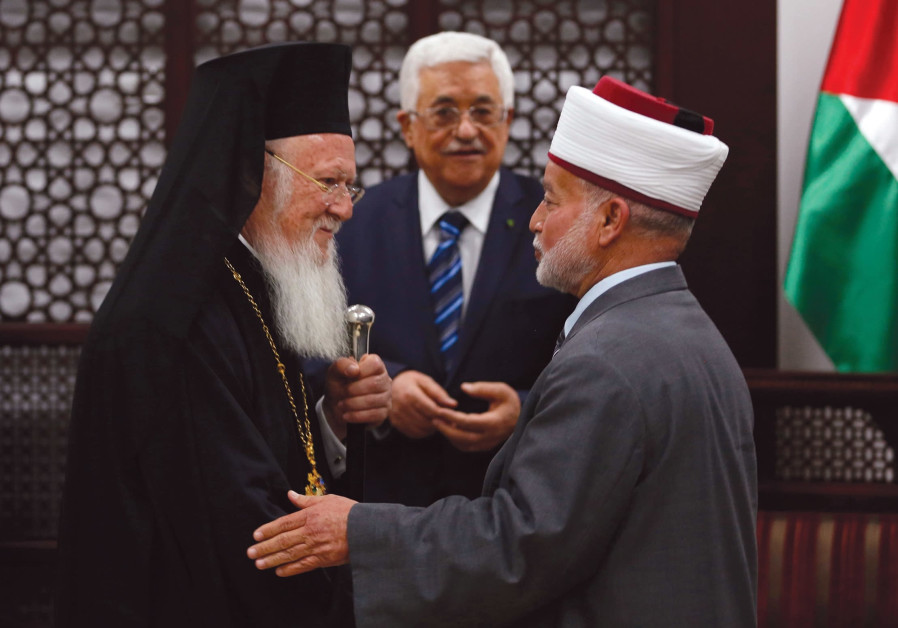 According to a report by the Palestinian Authority official daily Al-Hayat Al-Jadida, as quoted by PMW, the Supreme Fatwa Council, led by Mufti Sheikh Muhammad Hussein, “Warned of the danger of attacks against the religious and national symbols in occupied Jerusalem, and held the occupation government fully responsible for these violations.”

“The council expressed its rejection of all types of settlements and emphasized that the Palestinian people will not stand idly by in the face of this colonialist cancer,” the report added.

The Grand Mufti of Jerusalem is the Palestinian Authority’s highest religious leader. Hussein, a former imam of the Al Aqsa mosque, was appointed by PA President Mahmoud Abbas in 2006.

Hussein is not new to controversial statements and incitement. Shortly after his appointment, he called suicide bombing: “legitimate as long as it plays a role in the [Palestinian] resistance.”

In 2012, he quoted an ancient Islamic text encouraging Muslims to kill Jews while speaking at a ceremony broadcasted by the PA TV.

In 2015, Hussein denied that there had ever been a Jewish holy site on the Temple Mount in Jerusalem.

In August, Hussein closed all mosques in the city to make sure that Muslims would go pray at the Al Aqsa compound on the Temple Mount for the festival of Eid Al-Adha, which fell on the same day of Tisha BeAv, the Jewish holiday commemorating the destruction of both the First and the Second Temple.

Many Jews mark the day by going up to the Temple Mount, and Hussein aimed to prevent them from doing so.