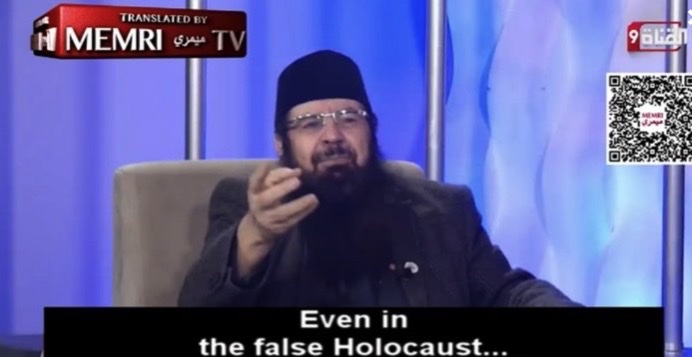 A leading Palestinian Muslim scholar went on a bizarre rant on Turkish television, claiming that the Jews started the war in Ukraine in order to establish a new Jewish state there and “are now saying that the Temple and biblical Jerusalem are located in Ukraine and not in Palestine.”

According to a translation by the Middle East Media Research Institute (MEMRI), Mraweh Nassar, the Secretary-General of the Jerusalem Committee of the International Union of Muslim Scholars, made the statements on Turkey’s Channel 9, an Arabic-language outlet affiliated with the Muslim Brotherhood.

Nassar claimed that Israel now wants to align with Russia and China because “America has forsaken them,” with the US supposedly telling Israel, “your [Zionist] project is a failure, and you are bound to come to an end — if not this year, then the next.”

As a result, he claimed, “even the Jews themselves” — including Finance Minister Avigdor Liberman and former prime minister Benjamin Netanyahu  — “are now convinced that Palestine cannot be the state for the Jews. So, they started saying that holy Jerusalem is in Ukraine and not in Palestine. Ukraine is now the candidate to become the future Jewish state.”

“They are now saying that the Temple and biblical Jerusalem are located in Ukraine and not in Palestine,” Nassar said. “If this does not work, tomorrow they might say that they are in the Netherlands.”