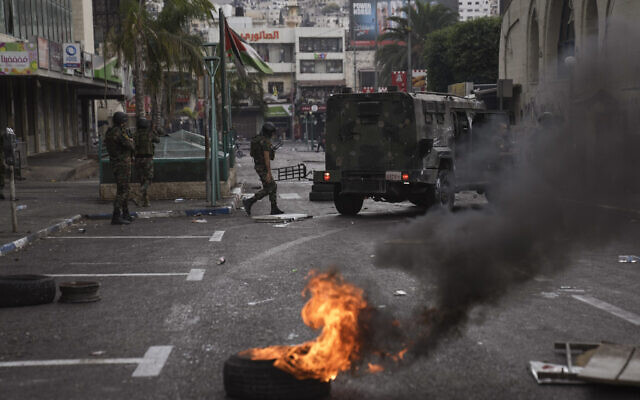 For now, the deal to end the clashes eases tensions in the area, which on Tuesday was gripped by some of the fiercest antagonism directed at the Palestinian Authority in years.

The clashes erupted after an arrest raid by Palestinian security against local terrorists. The two sides exchanged fire as angry residents pelted an armored jeep with objects and chased it away. One bystander was reportedly killed. The violence was reminiscent of the way Palestinians typically protest against Israeli troops.