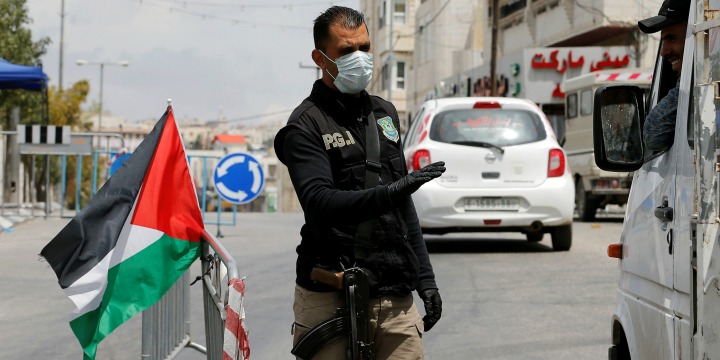 The Palestinian Authority (PA) has refused to accept a large shipment of much-needed medical aid, intended to fight the coronavirus, from the United Arab Emirates because the plane carrying it landed at Israel’s Ben-Gurion International Airport.

The Etihad Airways flight from Abu Dhabi to Tel Aviv was the first of its kind, as Israel and the UAE do not have formal diplomatic relations. However, ties between Israel and the Gulf states have been warming in recent years due to the mutual threat from Iran.

The Middle East Eye reported that the PA Minister of Health Mai Alkaila said of the UAE’s aid, “There has been no coordination with the PA, so we cannot receive such aid. We are a sovereign authority. Coordination must be directly with us.”

Palestinian government sources told the Middle East Monitor, “Palestinians refuse to be a bridge [for Arab countries] seeking to have normalized ties with Israel.”

“Sending [the aid] directly to Israel constitutes a cover for normalization,” they said.

Iranian Ayatollah Ali Khamenei agreed, writing on Twitter shortly after posting a genocidal image calling for Israel’s destruction, “Today, some Persian Gulf states have committed the biggest treachery against their own history and the history of the Arab world. They have betrayed #Palestine by supporting Israel.”

“Will the nations of these states tolerate their leaders’ betrayal?” he asked.