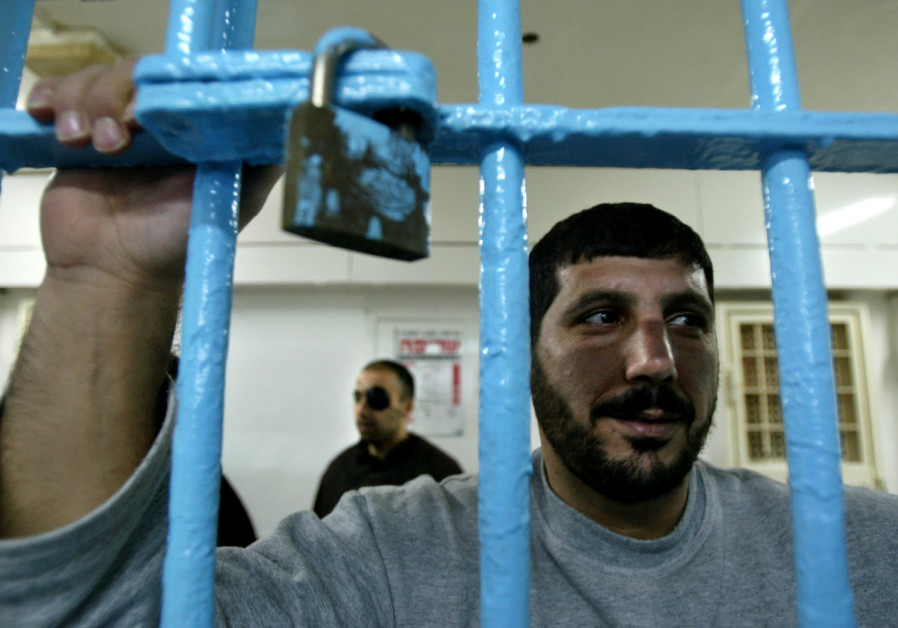 The Palestinian Authority spent at least NIS 502 million in payments to terrorist prisoners in 2018, according to a report released Thursday by the Israeli research institute Palestinian Media Watch.

PMW has provided the Defense Ministry with its calculations ahead of a first-time implementation of the Stern Law, an Israeli law that was approved in July 2018 and that is supposed to be implemented for the first time in January 2019.

The law mandates that the government deducts, on a monthly basis, 1/12 of the sum given to support terrorists and their families from the taxes and tariffs Israel collects and transfers to the Palestinian Authority, based on the amount distributed in the previous year – in this case, in 2018.
PMW based its calculations on the Palestinian Authority’s own budgetary update and information obtained from the Israeli Prison Service. However, the institute said that the PA does not provide details of how this money was allocated between the terrorist prisoners and the released terrorist prisoners.

Further, PMW calculations refer only to PA payments to terrorist prisoners and released terrorist prisoners, and do not include the PA payments to the families of dead terrorists or Palestinian “martyrs.” The PA budget for martyrs is listed under the same budget category as the wounded and those civilians who have been killed but were not involved in terror. The 2018 PA budget allocated 687 million shekels for these causes.

The Stern Law requires that the defense minister, currently Prime Minister Benjamin Netanyahu, compiles an annual report of the PA’s payments to the terrorist prisoners, released terrorist prisoners, martyrs and wounded. Once approved by the Security Cabinet, the Israeli government will deduct the amount the PA spent to incentivize and reward terrorists from the taxes Israel collects and transfers to the PA.