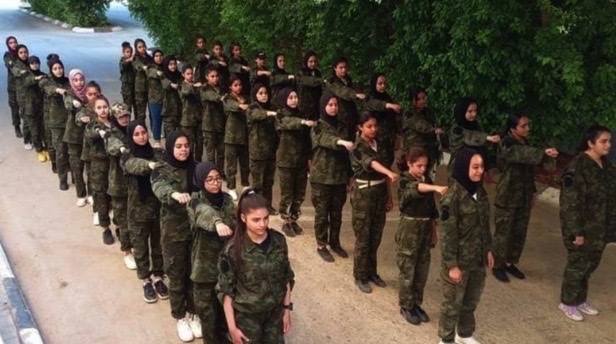 Although the summer is over, the PA and Fatah continue what they call “summer camp activities” for youth that present terrorists as role models. At the PA Security Forces’ university, Al-Istiqlal University, the PA’s police administration and Fatah’s Shabiba High School Movement are teaching 50 female teenagers to see terrorist Dalal Mughrabi who led the murder of 37 Israelis as a role model. The teens, who are from schools in the area, participate in a camp named after the murderer, who together with other terrorists hijacked a bus full of Israeli civilians in 1978, murdering 25 adults and 12 children: