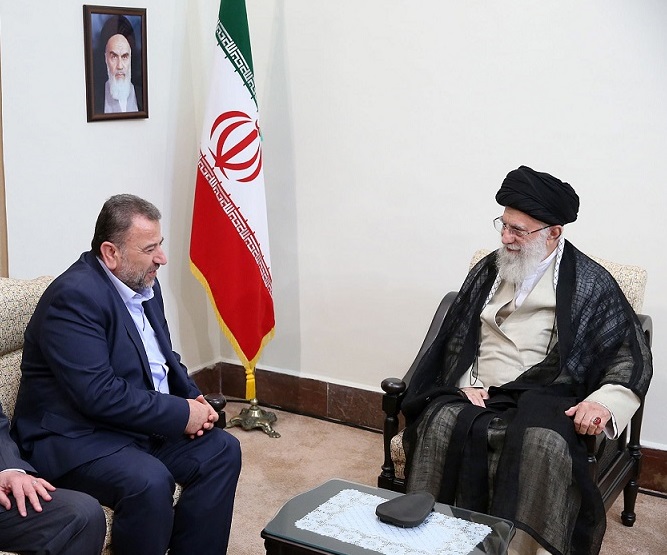 Behind the appalling terrorist attack in Gush Etzion last week that claimed the life of Dvir Sorek, the riots on the Temple Mount during the Tisha B’Av day of fasting, and the infiltration attempts from Gaza that could have ended tragically had they not been foiled at the last moment, is a guiding hand originating in Tehran – senior Palestinian Authority security officials told Israel Hayom.

According to the PA officials, the Iranian regime wants to support Hamas’ efforts to rehabilitate the organization’s terrorist infrastructure in Judea and Samaria, to carry out additional attacks against Israeli military and civilian targets in the territory and even across the Green Line.

Hamas officials know, of course, that nothing comes free – certainly not from the Iranians, who are currently straining under economic sanctions imposed by the Trump administration and are on a collision course with the United States and Great Britain amid heightened tensions in the Persian Gulf. According to one senior PA security official, while Hamas’ leadership is cautious not to disrespect Egyptian mediators working to preserve understandings with Israel, and is insistent that the attempted infiltrations at the Gaza border were perpetrated by independent cells – the directive to escalate recent events on the Temple Mount came directly from Tehran.

Additionally, according to the PA officials, there is a direct link between last week’s terrorist attack in Gush Etzion, which was carried out by two cousins with Hamas affiliations, and Hamas deputy leader Saleh Arouri’s persistent efforts to rebuild the organization’s terrorist networks in Judea and Samaria, which were decimated by Israel during Operation Defensive Shield in 2002. As a reminder, Arouri headed Hamas’ “West Bank” command from Gaza, together with Mazen Fuqha, who was assassinated several years ago near his home in Gaza City. The assassination was attributed to Israeli special forces.

Speaking to Israel Hayom, another senior PA security official said, “Arouri gets military aid and economic support from the regime in Tehran, and is rigorously working to rehabilitate Hamas’ terrorist cells in the West Bank while exploiting the [PA’s] diplomatic standstill [with Israel] and the fact that the leadership in Ramallah has reduced to a minimum its security cooperation with Israel.”

Relations between the ayatollah regime and Hamas have warmed in recent months. Hamas’ diplomatic isolation, the cold shoulder it has received from Arab countries, and the economic crisis in the Gaza Strip and Hamas’ own dire financial situation have led the organization to welcome the Iranian bear hug.

Around one month ago, Israel Hayom reported that the Egyptians were preventing Hamas leader Ismail Haniyeh from leaving Gaza to visit Tehran for the purpose of raising funds. In a report by Hamas mouthpiece Al-Risalah, it was claimed that “Egypt is cooperating with the Zionist enemy and preventing [Haniyeh] from exiting Gaza through the Rafah border crossing.”

Despite the restrictions imposed by Cairo, however, Hamas hasn’t given up, and Arouri was ultimately able to visit Tehran together with other senior Hamas officials based in Lebanon.

In the wake of his meetings in Tehran, Arouri was promised a hefty aid package from the Iranians, in the form of money transfers and shipments of weapons and rockets. This, in addition to the military and financial aid Iran already provides its terrorist proxy in Gaza, Palestinian Islamic Jihad.