Over a thousand Israelis attend funeral for American lone soldier 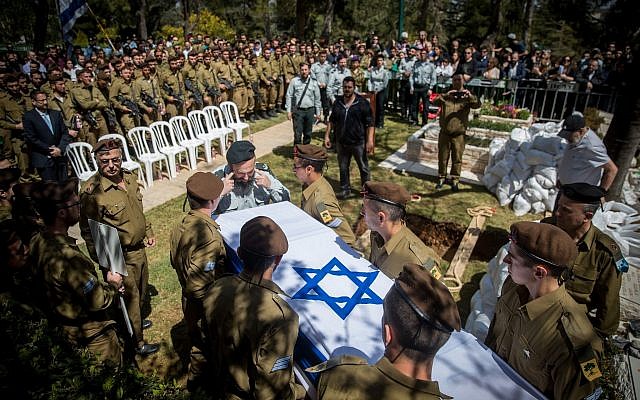 Over 1,000 people attended the funeral of an American lone soldier in the Israel Defense Forces on Thursday, hours after a call went out on social media urging those who could to make it.

Alex Sasaki, 27, of Laguna Beach, California, was found dead earlier this week from a drug overdose, an official from the Keep Olim NGO who knew him told The Times of Israel.

His funeral was held at the Mount Herzl military cemetery in Jerusalem.

Sasaki studied at the University of Oregon before moving to Israel and enlisting in the army as a combat soldier. He joined the military at the end of 2017 and joined the elite Golani unit a year ago.

“He called me on my birthday… to say that he got Golani. He was so excited. He tried so hard to get in. It took him 16 months after making aliyah,” his mother, Shelly, said during her eulogy.

“He didn’t complain once. Never about how cold it was. He was on the border in the north and never complained that he was cold and lonely. Ever,” she said.