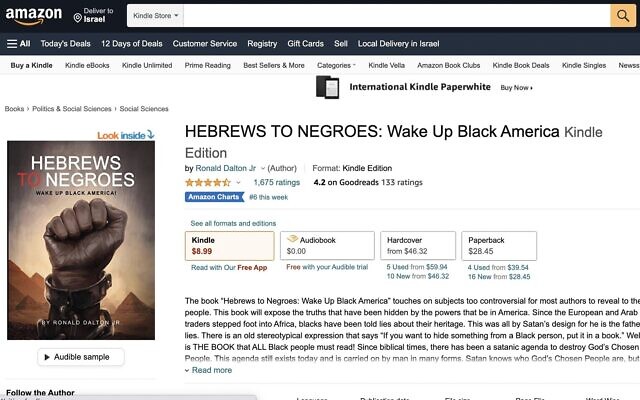 More than 200 hundred entertainment leaders, including household name stars, have urged Amazon and Barnes & Noble to stop selling an antisemitic title, warning executives that they are “profiting from hate.”

“Hebrews to Negroes,” a book and film, has recently seen a surge of purchases after it was promoted on social media by NBA star Kyrie Irving, boosting it to bestseller lists on Amazon and drawing pressure from Jewish groups to remove the titles.

In an open letter to Jeff Bezos, James Daunt, and other leaders at Amazon and Barnes & Noble, the signatories noted that despite “private messages and public calls to take the fallacious book and movie” off their sites, “you have so far refused to act.”

“Your companies are profiting from hate,” accused the letter published by the nonprofit entertainment industry organization Creative Community For Peace.