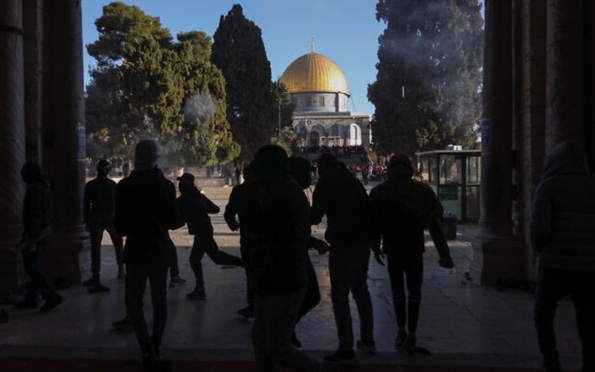 Over 150 injured, 400 arrested as Palestinians clash with cops on Temple Mount

Clashes broke out between Palestinians and Israeli police at the Temple Mount early Friday morning, as spiking tensions, threats of terror and the observance of major holidays all converge around the flashpoint holy site.

Skirmishes between police and worshipers at the site were reported around 6:30 a.m., with officers entering the compound and clashing with people barricaded inside.

Police said in a statement that at around 4 a.m., dozens of young people began marching in the area. Some bore the Palestinian flag, while others carried green banners associated with the Hamas terror group.

The marchers threw stones and set off fireworks, while stockpiling rocks and other objects to prepare for further clashes, according to police.

Police said they waited for morning prayers to end before entering the Temple Mount to disperse the rioters, and that some of them threw stones at the Western Wall below.