Organization of American States to adopt universal definition of anti-Semitism 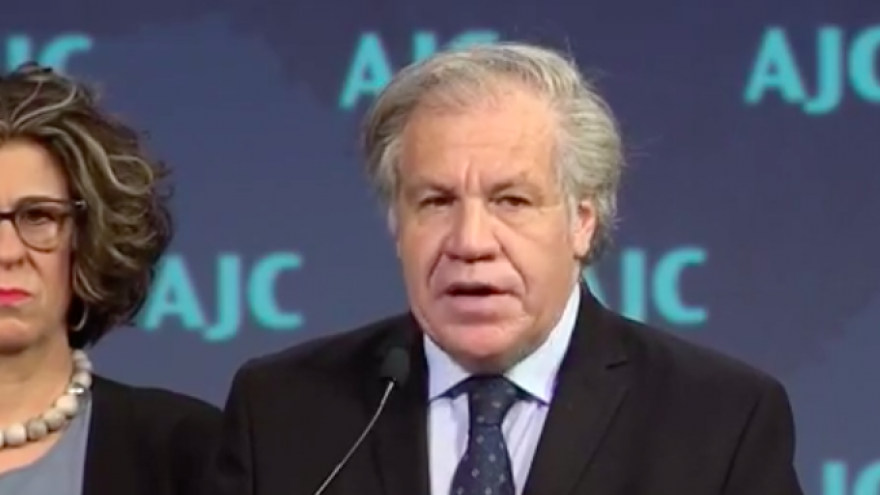 (June 4, 2019 / JNS) The secretary general of the Organization of American States, the continental body of Latin American and Northern American states, expressed his commitment on Tuesday for the OAS to adopt the widely accepted definition of anti-Semitism by the International Holocaust Remembrance Alliance.

“Effectively fighting anti-Semitism here and around the world means fighting for democracy, for human rights, for stronger institutions and a culture of respect,” said OAS Secretary General Luis Almagro at the annual American Jewish Committee Global Forum in Washington, D.C. “Respect and acceptance. The international community has a responsibility to counter anti-Semitism and xenophobia.”

After Almagro’s remarks, AJC CEO David Harris, with the secretary general standing beside him, said “history has just been made here. In the words of Luis Almagro, as secretary general of the Organization of American States, has for the first time in Latin America, expressed a commitment to adopt the working definition of anti-Semitism.”