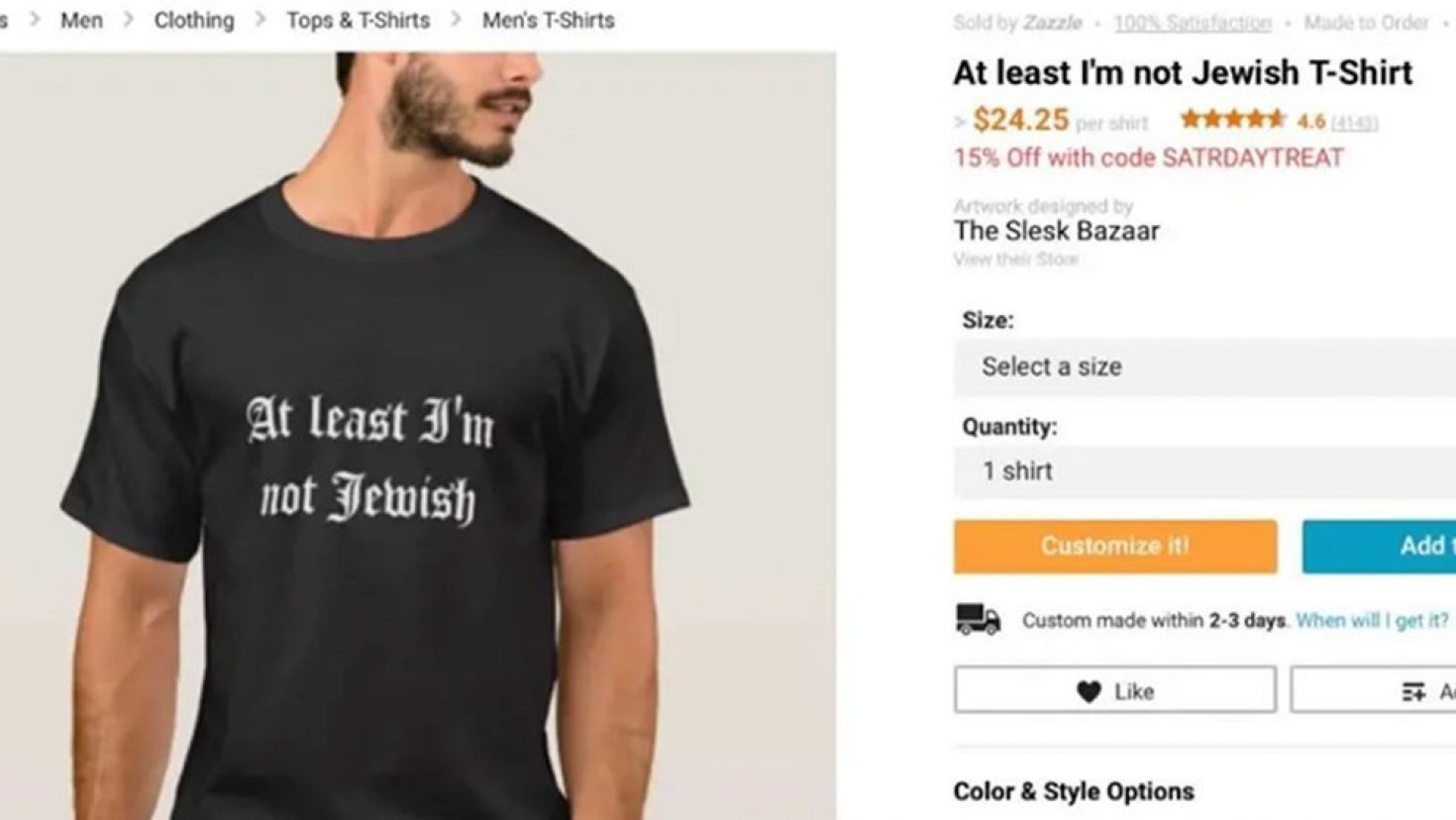 An online retail shop has taken down a shirt after several on Twitter called out the anti-Semitic phrasing.

The item, which appeared on Zazzle, a company which allows users to designmerchandise and sell customized items in its virtual store, had the writing: “At least I’m not Jewish” printed on a plain black shirt.

The shirt was designed and put up by a user named “The Slesk Bazaar,” who has since been removed from the site.

Several users took to social media to express their outrage over the offensive T-shirt.

After the backlash, Zazzle removed the shirt and said the product violated its terms of service.

In a statement to Fox News, Zazzle defended itself as an open marketplace, and said it took “swift action” to take down the product after it was brought the company’s attention.

“We do not tolerate or accept hate on our site. As an open marketplace, we are faced with the opportunity to allow people to express their creativity and sentiments, coupled with the challenge of expression that upsets and offends. When a product is brought to our attention that violates our terms of service, such as the shirt referenced, we take swift action to have the product removed. Designers, including this designer, who promote or express hate on our site are removed from the marketplace and banned from subsequent participation.”

According to The Jerusalem Post, the user had also been selling a shirt reading “At least I’m not Christian.” It is unclear how long the shirt was being sold on the platform.