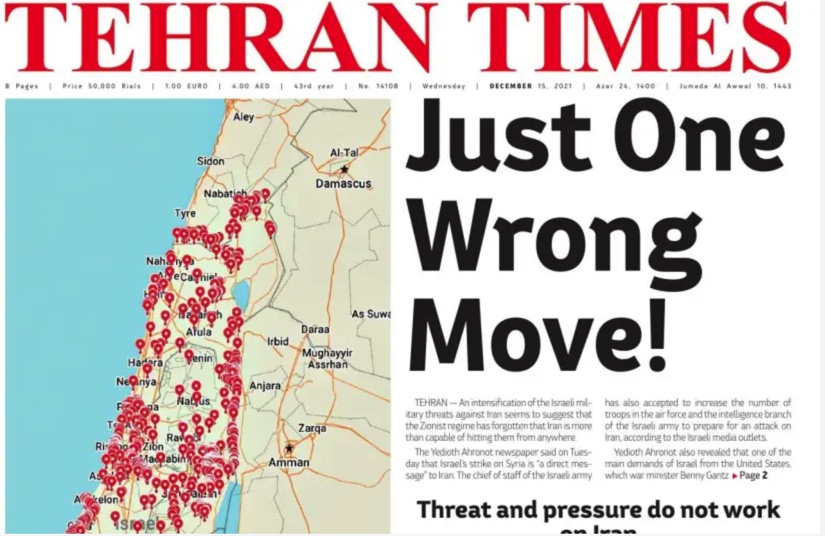 An Iranian newspaper published a map on Wednesday threatening Israel with missile attacks with pins representing rocket alerts placed on dozens of potential targets, although some of the pins were placed in Lebanese territory and on Palestinian cities in the West Bank.
The map, published on the front page of the Tehran Times newspaper, was part of an article headlined “Just one wrong move!”
“An intensification of the Israeli military threats against Iran seems to suggest that the Zionist regime has forgotten that Iran is more than capable of hitting them from anywhere,” wrote the paper, adding that it “doesn’t need to remind the illegitimate regime of Israel of Iran’s defense capabilities.”
The article ended by quoting a threat by Iranian Supreme Leader Ali Khamenei from 2013 which warned that Iran would “destroy Tel Aviv and Haifa” if Israel “makes a mistake” and conducts a military strike.
The threat comes as Israel and the US advance preparations for a military option should negotiations in Vienna to return to the JCPOA nuclear deal fail. A massive IDF drill mimicking a strike on Iran is reportedly planned for next year.
Read More: The Jerusalem Post