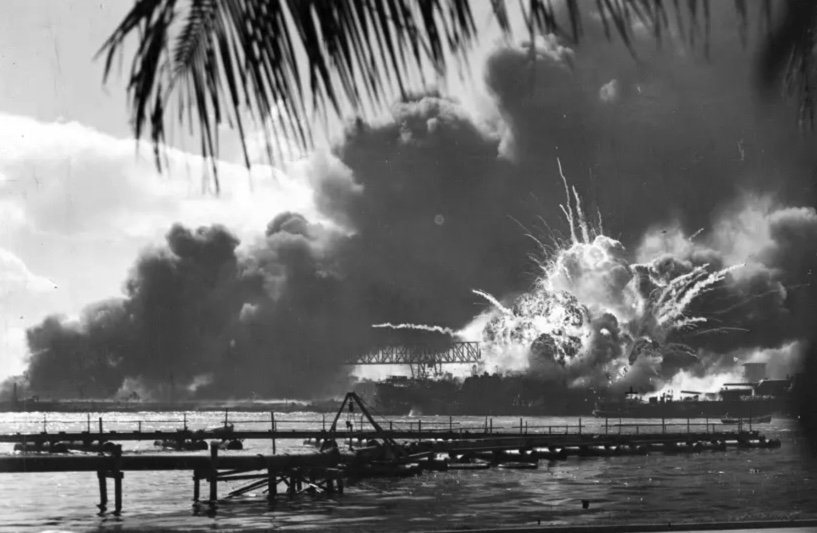 On This Day: Japan attacks Pearl Harbor, thrusting US into WWII

December 7 marks 80 years since the Japanese attack on Pearl Harbor, an infamous surprise attack on the pivotal US naval base in Hawaii that ended up thrusting the US into World War II.
Though the US was officially a neutral nation in the ongoing conflict, there was still ongoing tensions as the US had halted shipments of gasoline, machinery and more to Japan due to the latter’s aggressive actions in the Pacific.
It should be noted, however, that the roots to these tensions go back much farther, including to the end of World War I.
During the Paris Peace Conference in 1919 following the end of World War I, Japan had proposed the addition of the Racial Equality Proposal. While many nations supported it, it faced opposition from two primary sources: The United Kingdom (due mainly to Australia) and the United States, both of whom refused to support it. Even though according to the conference’s rules it should have passed, as it passed with a clear majority, conference chair US president Woodrow Wilson said a special exception would be made for it and said the motion failed anyway.
The decision clouded Japan’s ties with the West, especially with the US. But ties worsened even further after Imperial Japan’s military expansion efforts throughout the 1930s and into World War II.
Negotiation efforts throughout the autumn of 1941 failed to achieve anything of note.
As tensions worsened, many in the US thought an attack was coming, though they thought the Philippines, rather than Pearl Harbor, would be the first target.
Read More: The Jerusalem Post