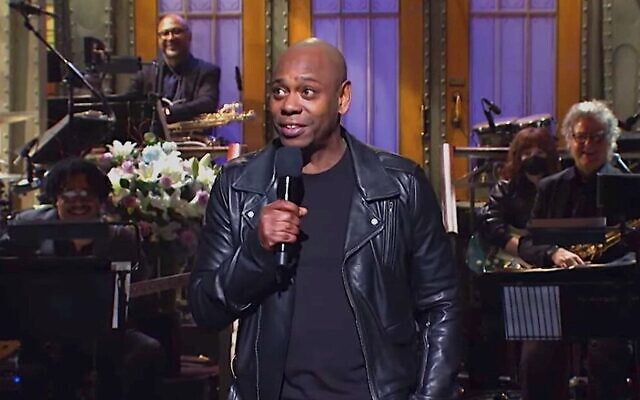 In the lengthy monologue, Chappelle danced along the lines he was mocking, emphasizing that he was not antisemitic while arguing that “it’s not a crazy thing to think” that Jews control Hollywood and insinuating that Jews have been making Black people into scapegoats for their past trauma.

Reaction from the audience featured ample laughter, although one joke landed in silence; online, criticism mounted immediately, with Time Out New York’s theater critic tweeting: “That Dave Chappelle SNL monologue probably did more to normalize antisemitism than anything Kanye said.”