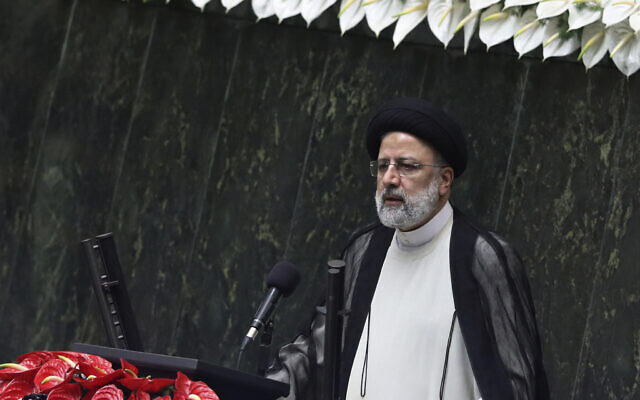 “It was exactly like the final solution that Hitler made for the Jews,” Iraj Masadagi, a former Iranian political prisoner, told the Kan public broadcaster.

“Raisi was a killer,” Masadagi continued. “He talked to me, and he said that they don’t want to have any more political prisoners. He said that we want to solve the ‘problem.”

The ultra-conservative cleric Raisi was sworn in on Thursday as the Islamic Republic’s eighth president. He has been accused by activists and human rights groups of having played a key role as a prosecutor on the “death commission” that sent thousands of prisoners to their deaths in 1988.

Amnesty International has described the killings as a crime against humanity.