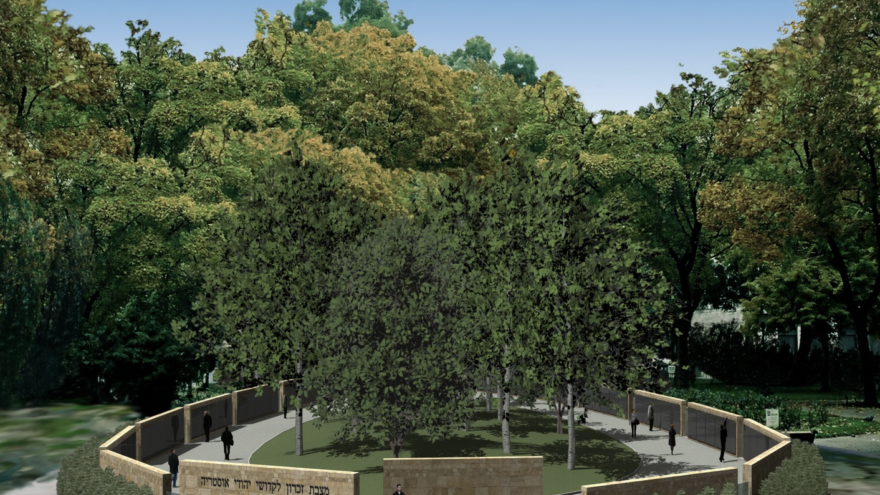 On the 83rd anniversary of Kristallnacht and in a clear gesture that it is finally taking public responsibility for its past, the government of Austria unveiled the Shoah Wall of Names Memorial, its first public Holocaust memorial. Located in Ostarrichi Park in the center of Vienna, it pays tribute to the 64,440 Austrian Jewish children, women and men who lost their lives during the Holocaust. Construction work on the memorial began in March 2020.

The ceremony was attended by Austria’s new Chancellor, Alexander Schallenberg; the Speaker of the Austrian Parliament Wolfgang Subotka; ministers and senior government; and officials from the European Union and members of the Jewish community. Israeli Minister of Diaspora Affairs Nachman Shai addressed the audience as the official representative of the State of Israel. Austrian President Alexander van der Bellen was scheduled to attend but is in quarantine after his secretary was diagnosed with COVID-19.