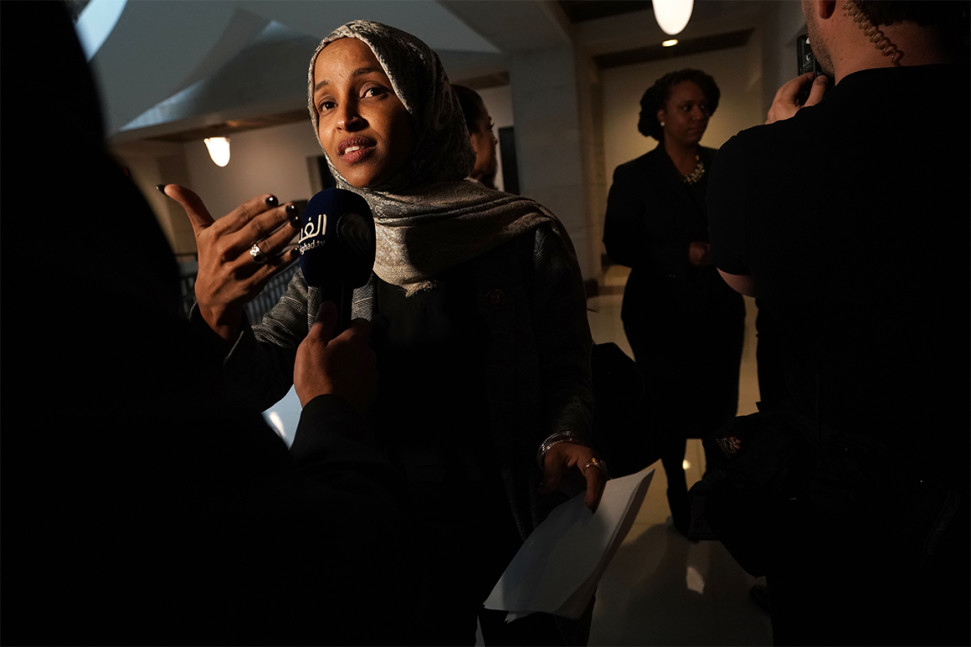 Freshman Minnesota Democrat Ilhan Omar ignited a new controversy on Sunday night when she suggested GOP support for Israel is driven by campaign donations from a prominent pro-Israel group.

Omar singled out AIPAC, one of the most influential lobbying groups in Washington, as the source of those donations.

Omar’s comments touched upon a long-running, and particularly ugly, thread of the anti-Semitic movement — that Jewish money fuels backing for Israel in the United States and elsewhere. A freshman Democrat, Max Rose of New York, said, “Congresswoman Omar’s statements are deeply hurtful to Jews, including myself.”

And the American-Israel Public Affairs Committee is a non-profit that doesn’t donate directly to candidates. AIPAC, however, does relentlessly push a pro-Israeli message on Capitol Hill and inside the executive branch, and its members donate to pro-Israel lawmakers and candidates while seeking to defeat those it considers a threat to U.S.-Israeli relations.

Omar has come under fire from House Minority Leader Kevin McCarthy (R-Calif.) and other Republicans over her comments criticizing Israel, both remarks made since her election to Congress and long before she even began her political career. In November 2012, in the midst of an Israeli military campaign against Hamas in the Gaza Strip, Omar said on Twitter “Israel has hypnotized the world, may Allah awaken the people and help them see the evil doings of Israel.”

Omar and freshman Michigan Democratic Rep. Rashida Tlaib — the first two Muslim women elected to Congress — have signaled support for the Palestinian-led BDS movement (Boycott, Divestment, Sanctions) against the Israeli government over its treatment of Palestinians.

On Sunday night, Omar was responding to a tweet from prominent journalist Glenn Greenwald, who said, “Equating [Omar and Tlaib’s] criticism of Israel to Steve King’s long defense of white supremacy is obscene (McCarthy said it’s worse). In the US, we’re allowed to criticize our own government: certainly foreign governments. The GOP House Leader’s priorities are warped.”