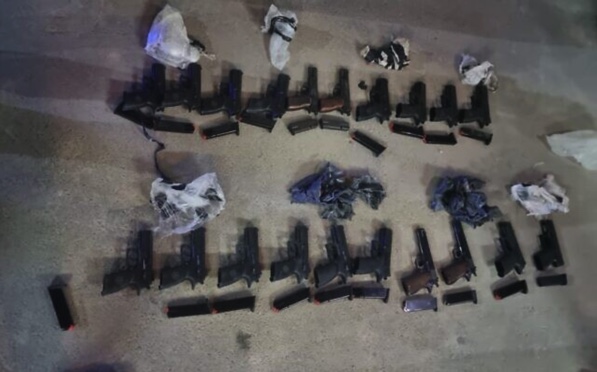 According to police, the two Bethlehem residents in their 30s were caught near Tel Arad in southern Israel, and found to be in possession of 20 handguns.

Police said they suspected the two men were headed to the West Bank with the weapons. Law enforcement officials have previously indicated that guns smuggled in from Jordan are often sold to Arab Israelis, for both criminal and terrorist purposes.

The two Palestinian men were to be brought before a Beersheba court later on Monday for an extension of their remand.