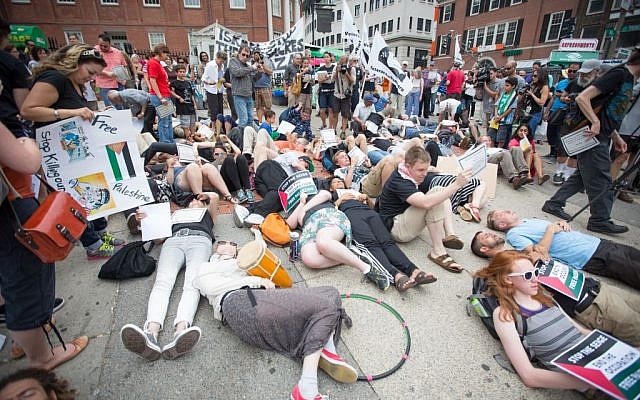 JTA — The president of New York University said he did not support an award that the college gave to the pro-Palestinian group Students for Justice in Palestine.

“Had it been up to me, SJP would not have received the award — not because of its politics or NYU’s opposition to its pro-boycott, divestment and sanctions positions, but because SJP’s behavior has been divisive,” Hamilton wrote.

SJP chapters across the country promote the Boycott, Divestment and Sanctions movement against Israel on college campuses. The Anti-Defamation League says that chapters “regularly demonize Jewish students who identify as Zionists or proud supporters of the State of Israel.”

NYU came under fire earlier this month after it emerged that the university was giving the group a Presidential Service award. The awards “are given to students or student organizations that have had an extraordinary and positive impact on the University community.”

Hamilton said the award is given to 150 clubs and individuals every year, recipients are “chosen by a committee of volunteer staffers and a student” and he had no input on the recipients.