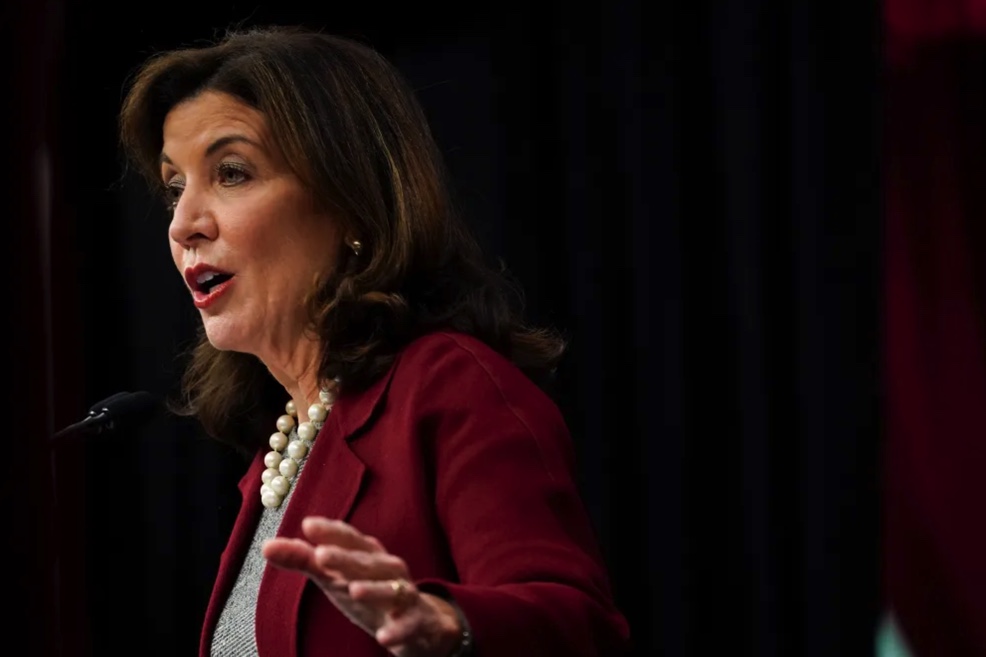 New York Governor Kathy Hochul slammed members of her party who oppose Israel during an address to the Jewish community on Wednesday.

“As a member of Congress a decade ago, I stood firm with Israel when they were under assault, and even more recently as a Democrat now I reject the individuals in my party who are making this an issue and questioning our commitment to Israel,” Hochul said during a virtual meeting of the Jewish Community Relations Council of New York.

It was Hochul’s first public address to the state’s Jewish community since taking office in August following the resignation of Andrew Cuomo amid allegations of sexual harassment.

Hochul is the first female governor of the US state.

The political leader vowed to fight antisemitism and to bolster security at Jewish institutions.

“I’m conscious of what is going on, very much so, and working very hard to make sure the resources are there from the state government to fund security programs,” she said.

Hochul called for boosting economic ties with Israel and said that she is planning to lead a trade mission to the Jewish state.