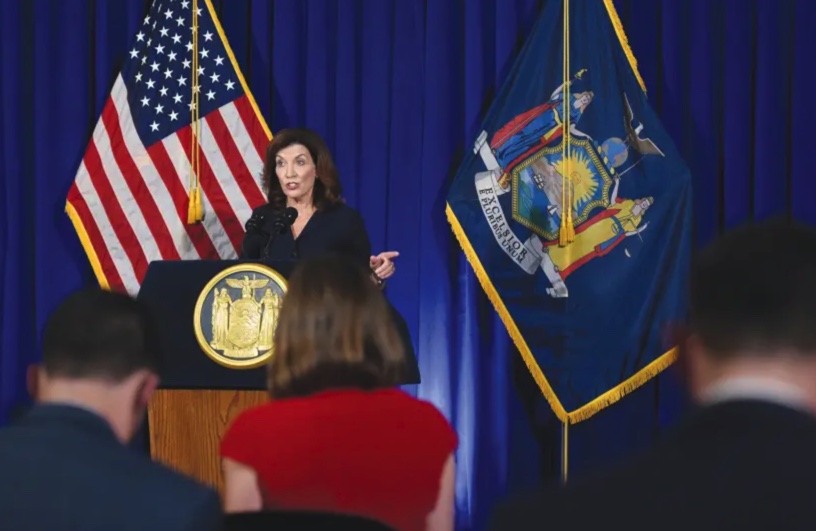 On the eve of Holocaust Remembrance Day, Gov. Kathy Hochul addressed Jewish leaders in Brooklyn and announced that the state’s FY 2023 budget will include $2.6 million in funding to support Holocaust survivors.

The Holocaust Survivors Initiative, to be administered by the New York State Office for the Aging, will fund programs that provide health care and other services to 40,000 state residents who are victims of Nazi genocide, 40% of whom are in poverty, said Hochul.

“Survivors of the Holocaust endured tragedy beyond the imaginations of the average person — we owe them a lifetime of care and with this funding we can ensure they receive just that,” Hochul said in remarks at the Boro Park YM-YWHA Wednesday.

Before announcing the funding, Hochul met with a group of survivors.

Year to year, the funding increases support for Holocaust survivor services by over $1 million. UJA-Federation of New York, the Metropolitan Council on Jewish Poverty and other Jewish nonprofits lobbied for the funding.