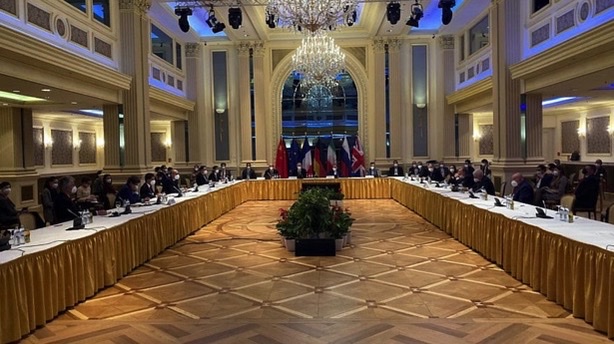 Negotiations in Vienna over a possible return to the 2015 Iran nuclear agreement are proceeding slowly despite signs of progress in late December, France’s foreign minister said on Tuesday.

“They are slow, too slow and that creates a gap that jeopardizes the chance of finding a solution that respects the interests of all sides,” said Jean-Yves le Drian, according to Reuters.

The eighth round of negotiations between Iran and world powers around a return to the Joint Comprehensive Plan of Action kicked off on Dec. 27. The talks had resumed in November after a five-month hiatus spurred by Iran’s general elections, but broke off shortly afterwards, amid reports of Western frustration at Tehran’s “unrealistic” demands.

Since the United States unilaterally exited the JCPOA in 2018, the Islamic Republic has caused fellow signatories to accuse it of gradually moving away from its commitments under the agreement. Both U.S. and European officials have warned that as Iran’s nuclear program advances, a return to the 2015 deal may become impossible.

In December, U.S. Special Envoy for Iran Robert Malley warned that given the pace of Iran’s nuclear program, there are only “weeks left, but not much more” to revive the JCPOA.