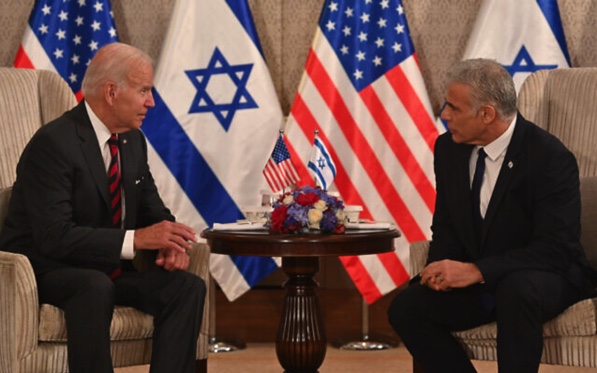 Nuclear deal with Iran off the table for time being, US has indicated to Israel

A new nuclear deal between Iran and world powers is off the table and will not be signed in the foreseeable future, The Times of Israel’s Hebrew sister site Zman Yisrael has learned. This is the message that was conveyed to Prime Minister Yair Lapid in his recent conversations with US President Joe Biden and other administration officials.

This emerging outcome of the nuclear negotiations, which would have major international implications, is likely to be touted by Lapid in the coming election campaign, particularly against opposition leader Benjamin Netanyahu, who has repeatedly attacked the premier on the issue.

The potential new nuclear deal was at the center of Israel’s diplomatic and security consultations over the past year, with a concerned Jerusalem tracking the negotiations between Iran and representatives of the world powers in Vienna, as well as the exchange of draft agreements between the sides in recent weeks.

As Lapid became convinced in recent days that a deal was becoming increasingly unlikely, he reprioritized national security challenges to focus on escalating violence in the West Bank, the fight against terrorism and the urgent need to strengthen the Palestinian Authority as it increasingly loses clout.