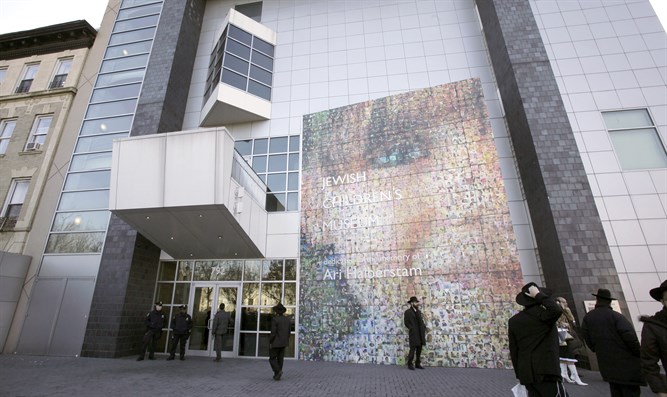 (JTA) — A note reading “Hitler is coming” was found on a billboard  designed for comments by visitors to the Brooklyn Jewish Children’s Museum.

Police are investigating the note, left Thursday, as a hate crime, a spokesperson told the New York Post.

Visitors alerted police to the anti-Semitic note at the Crown Heights museum. The city’s hate-crime task force took over the investigation, authorities said.

Mordechai Lightstone, a Chabad rabbi, wrote on Twitter: “This is just awful. An interactive sign in front of the Jewish Children’s Museum in Crown Heights asking people how they would transform the world was defaced with Antisemitic graffiti!”

Governor Andrew Cuomo said ibn a statement about the incident: “We have zero tolerance for anti-Semitism, discrimination or hate of any kind in New York, and no person should ever feel threatened because of their religious beliefs.”

He has ordered the state police to assist the NYPD in their investigation.