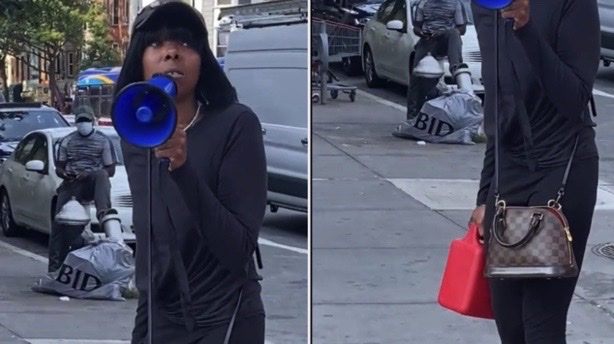 The New York Police Department announced the arrest of a 39-year-old African-American woman who started a fire on Oct. 14 outside a Jewish school in Brooklyn, N.Y.

Police say that Sharee Jones of Brooklyn is the woman seen on video pouring gasoline outside of the Yeshiva of Flatbush and then setting it ablaze. The fire was put out quickly, and there was no damage to the school itself. She is being charged with reckless endangerment/hate crimes and attempted arson.

“Just met with Rabbi [Joseph] Beyda and members of the Yeshiva of Flatbush High School to discuss their concerns, reassure them that the men and women of the NYPD are here for all NYers. And to let them know that @NYPDDetectives already had the suspect in custody from Thursday’s arson incident,” NYPD commissioner Dermot Shea tweeted on Sunday.