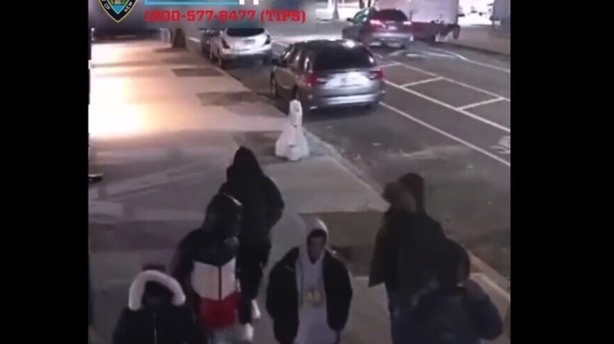 Jewish New Yorkers are demanding action after two anti-Semitic acts occurred this past weekend, one caught on video and the other involving an attempted attack with weapons on six teenage boys.

“We are horrified once again by a targeted anti-Semitic attack against those in traditional Jewish clothing,” Rabbi Yeruchim Silber, director of government relations for the Agudath Israel of America, told JNS. “The fact that such attacks have become almost routine and expected is sad. The time for words has long passed; concrete action needs to be taken.”

In the first incident, a Chassidic man who was walking in the heavily Jewish neighborhood of Williamsburg in Brooklyn, N.Y.—home to the Satmar community—was beaten by a gang of men. The attack was caught on camera and went viral.

According to the New York City Police Department, without any “prior words or provocation, the individuals punched and kicked the Chassidic victim about the body, forcing him to the ground.”

The second incident occurred on Saturday evening on Manhattan’s Upper West Side.

According to the NYPD, six teens between the ages of 12 and 16 were approached by three male teens, who “stated that they wanted to fight them and that because they were Jewish, they wanted to get them.”