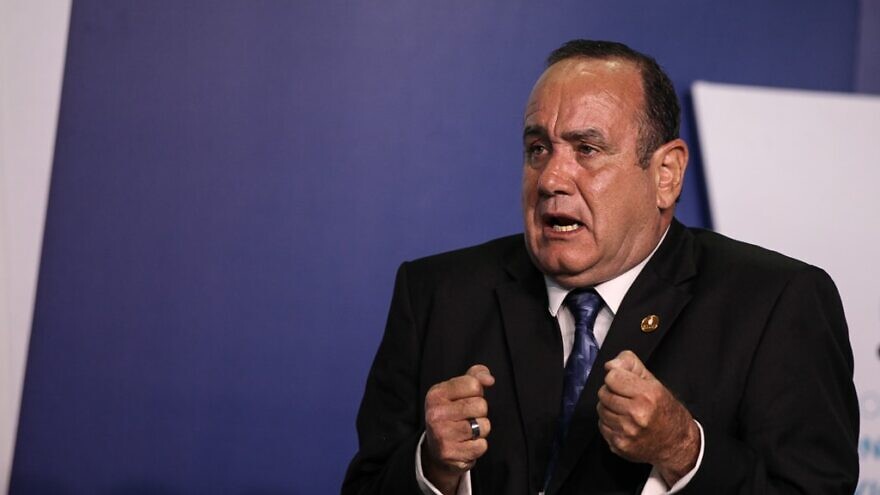 (January 15, 2020 / JNS) The new president of Guatemala, Alejandro Giammattei, pledged on Tuesday to “keep the [Guatemalan] embassy in Jerusalem and designate Hezbollah as a terrorist organization” during a meeting in Guatemala City with Ofir Akunis, Israeli Minister of Science, Technology and Space.

The Guatemalan embassy opened in Jerusalem in May 2018, shortly after the U.S. one did.

Akunis expressed appreciation for Giammattei’s “courageous friendship” with Israel and the Jewish people, as well as for his declaration about the Iranian proxy Hezbollah.

“You express the deep and long-standing friendship between the two countries, Mr. President. Jerusalem has been the heart of the Jewish people for 3,000 years,” he said.