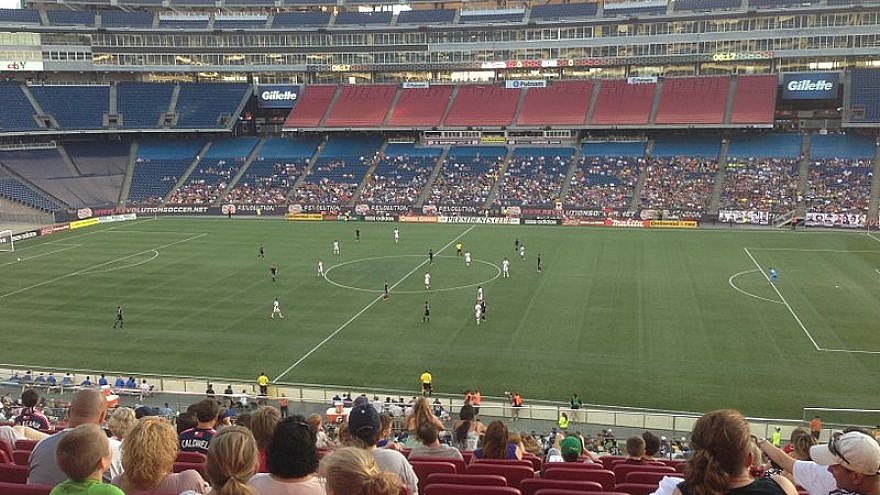 (May 15, 2019 / JNS) The New England Revolution and Chelsea FC soccer teams will play in a friendly match on Wednesday evening titled the “Final Whistle on Hate” to raise awareness about hate crimes worldwide, especially anti-Semitic ones.

The game’s proceeds will be donated to 15 groups, including the Anti-Defamation League, the Jewish Agency for Israel, the World Jewish Congress and Community Security Trust.

Additionally, Revolution owner Bob Kraft and Chelsea owner Roman Abramovich will each give $1 million to back the mission.

Earlier this month, representatives from both clubs traveled to Poland to participate in the International March of the Living, held on Holocaust Remembrance Day.