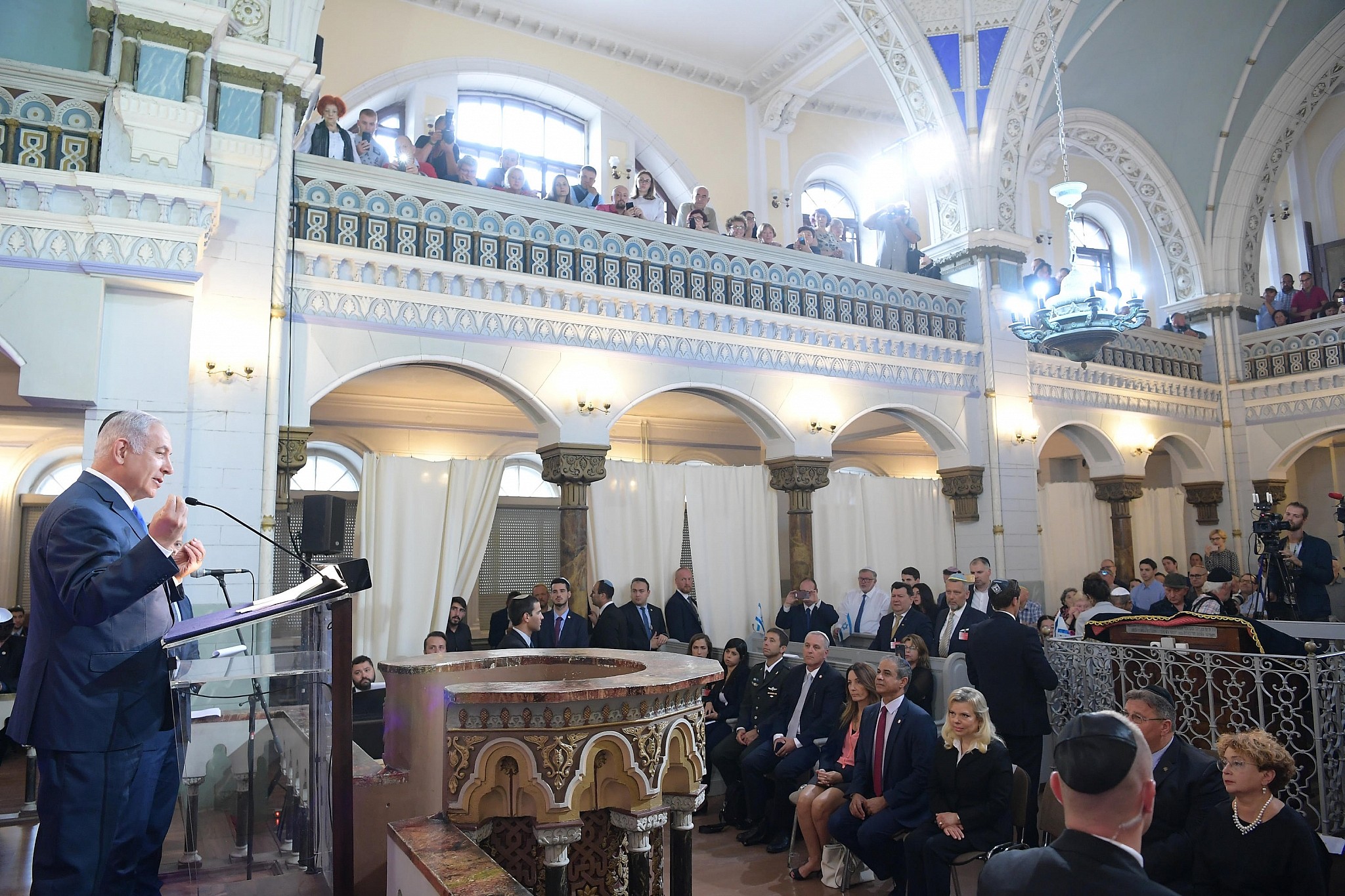 Prime Minister Benjamin Netanyahu said on Sunday that Jews were still at risk even decades after the Holocaust, as he wrapped up a groundbreaking visit to Lithuania, a Baltic state once home to his forefathers.

“For the Jewish people, what has changed in these 75 years? Not the attempts to destroy us, they still seek to destroy us,” Netanyahu told around 300 Lithuanian Jews gathered in Vilnius’s Choral Synagogue.

The prime minister identified what he termed new existential threats facing the Jews, with Iran and the Hamas terror group which runs the Gaza Strip being among them.

“What has changed is our ability to defend ourselves by ourselves… This is a magnificent change of history,” added Netanyahu, who is the first-ever Israeli premier to visit Lithuania, a Baltic EU state.

The Holocaust was either distorted or ignored in Lithuania under five decades of Soviet rule that followed the war. An honest examination only began after it became the first republic to split from the USSR in 1990.